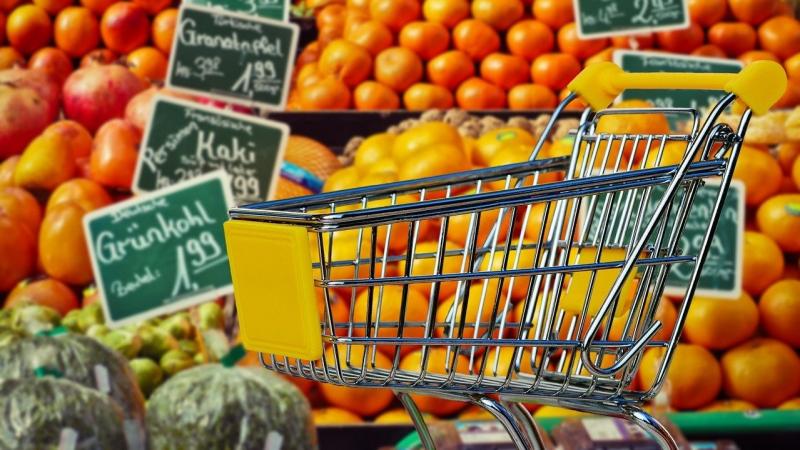 Analysis: Who Will Save the Fruit Market in the Post-Pandemic Era?

After months of decisive measures enacted by authorities, the COVID-19 epidemic in China has finally been brought under control. Although production is more or less returning to its normal pace, overall market demand is still taking some time to recover. Starting at the end of last year, China’s fruit market went through a four-month “static period” during which market demand plummeted. After several golden years for fruit importers and distributors, this came as an unexpected shock.

FRUIT IMPORTS: EVEN WITH SLASHED PRICES, FRUITS ARE NOT SELLING. IS THIS BECAUSE CONSUMERS DO NOT HAVE AS MUCH PURCHASING FREEDOM ANYMORE?

Over the past ten years, China’s fruit import volume has increased by more than sixfold, from a value of $1.63 billion in 2009 to $10.3 billion in 2019. China’s fruit imports grew by 23.2% in 2019, and the country is now a net importer of fruits. Cherries and avocados in particular have become a favorite of China’s emerging middle class. However, the economic slowdown brought on by the pandemic also pushed the “stop” button on this rapid growth.

The total fruit import value for the first quarter of this year reached $3.16 billion, an increase of only 5%. In the past four months, China imported 2.45 million tons of fruits and nuts, a decrease of 10.5% compared with the same period of 2019.

Last year, Guangzhou’s Jiangnan Fruit and Vegetable Wholesale Market, the largest distribution point for imported fruits in China, was able to go through 60–80 shipping containers of oranges per day. Now, in the aftermath of the pandemic, the market only processes approximately 15 containers per day and prices have fallen by almost 50%. One example is Egyptian oranges, which were priced at 100 Chinese yuan ($14) for 15 kilograms (33 pounds) this time last year but have now fallen to 70 yuan ($9.80). According to distributors, Egyptian oranges are particularly juicy, sweet and flavorful and are primarily sold to hotels, bars, restaurants and other food service establishments to make orange juice. Despite the fact that the domestic food service industry is slowly returning to normal, the situation is not looking promising from an ingredients acquisition point of view.

Once a favorite on e-commerce platforms, the price of New Zealand apples soared from 15 yuan ($2.10) per kilogram in January and February last year to 24 yuan ($3.36) at the same time this year. Going into April, while import prices fell back down to normal, the apples could only be sold at a wholesale price of approximately 12 yuan ($1.70) per kilogram, much to the disappointment of importers and wholesalers.

Grapes are another imported fruit facing a price drop amid low sales. Prior to the pandemic, wholesale prices averaged about 22.5 yuan ($3.15) per kilogram. Now that it is ripening season in the Southern Hemisphere, shipping has started to pick up again and import prices for grapes have fallen to 17–18 yuan ($2.37–2.52) per kilogram. When the fruits reach distributors, even if they can be sold for 10–12.5 yuan ($1.40–1.75) per kilogram, sales have not been astounding.

According to data released in April by the National Bureau of Statistics, China’s GDP for the first quarter of 2020 fell by 6.8% compared to last year, marking the first time since 1992 that China’s economy has witnessed quarterly shrinkage. As consumers cut back on spending, imported fruits have become less and less of a must-have item. Although there are still some high-powered consumers, in the face of suddenly unstable incomes and life pressures, young people, once always keen to get their hands on the latest and freshest items, are now reigning in their spending habits. As the primary consumers of imported fruits, young people have finally experienced the freedom to purchase almost any fruit they desire, yet now their wallets are not so free.

DOMESTIC FRUIT: A CROSSROADS BETWEEN FALLING PRICES AND FARMERS WHO CANNOT WAIT ANY LONGER

As importers face difficulties while consumers reign in their spending, how have domestic farmers been faring? It turns out that Chinese farmers have also suffered serious losses during the pandemic. Owing to the closing off of village roads, farmers have been almost unable to continue production. Management also took a hit due to labor shortages and delays, which had a direct impact on the final quality and volume of fruits. Meanwhile, farmers faced the double problem of not being able to receive supplies or send out fruits as a result of tight transportation restrictions. On the market side, distributors have not been able to sell and order volume has slumped, both of which have directly impacted the income of farmers.

To make a bad situation even worse, some parts of China have also witnessed abnormal weather this year. In April, some areas experienced prolonged wintry conditions in the midst of spring. Hubei province, a major peach-growing region, experienced snowstorms and hail while fruits were growing, as well as dry, arid weather while fruits were ripening, both of which led to the peaches reaching the market 10 days later than last year. Now the market supply is relatively low, and sales have been extremely slow to pick up momentum again. Northern cherries have not fared much better, with warm weather in March causing Hebei province’s cherry trees to bloom earlier than usual and low temperatures in April resulting in significant losses.

As low-risk economic activities gradually resume, the fruit market seemingly has some hope once more. In their struggle to survive, farmers and distributors have engaged in a race to the bottom in terms of prices, although this is unlikely to help mitigate growers’ losses. According to data released by China’s Ministry of Agriculture, wholesale prices for the five domestic fruits surveyed fell by 11.7% compared to last year. What worries farmers even more is that despite the substantial fall in prices, consumer demand remains stagnant.

WITH DEMAND SO SLOW TO RECOVER, WILL E-COMMERCE SAVE THE FRUIT MARKET?

During the height of the epidemic, options for fruit sales were severely limited. In reaction to this, many fruit sellers delivered and promoted their goods via new avenues such as community-level e-commerce enterprises and even live streaming. Community-level e-commerce products directly reach certain areas via contactless delivery, allowing consumers to continue enjoying fresh, safe produce at good prices. Express delivery services resumed business early, while large-scale e-commerce operations also took action under the slogan “Show love for our farmers.” Local government leaders themselves even joined in on live-streaming deliveries.

These new retail approaches certainly saved some highly perishable fruits and helped some farmers minimize their losses. However, the vast majority of farmers have never utilized such Internet channels, be it directly or through intermediaries, resulting in a delay while they become accustomed to such methods. Furthermore, e-commerce logistics for fruit are heavily reliant on cold-chain systems; it is difficult to reduce the spoilage rate sufficiently to sell high-quality fruits nationwide, and China’s current cold chain conditions can make it difficult to satisfy the freshness demands of e-commerce consumers.

With summer quickly approaching, and with it the high season for fruits going on the market, how long will this stagnation persist for? As the economy stabilizes and people’s lives begin to return to normal, will farmers and distributors finally be able to see the light at the end of the tunnel?