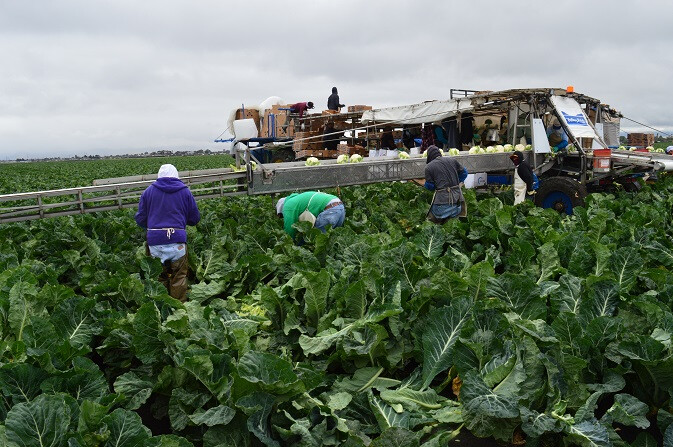 California growers continue to face labor shortages, according to a new survey.

Conducted by the California Farm Bureau Federation in collaboration with the University of California-Davis, the survey of 1,071 farmers and ranchers reported 56% of farmers who responded had been unable to hire all the employees they needed at some point during the previous five years, according to a news release.

The survey reported that for those farmers reporting employee shortages, at least 70% said they had more trouble hiring employees in 2017 and 2018.

“The survey shows farmers have tried and are trying all the tactics available to them, such as increased wages, changes in farming and cropping patterns, use of the existing H-2A visa program and automation where appropriate,” California Farm Bureau Federation president Jamie Johansson said in the release. “The missing element is an improved agricultural immigration system, to match willing employees with farm employers.”

The survey found 86% of farmers who completed the survey said they had raised wages in efforts to hire enough people, with 61% reporting they had hired a farm labor contractor to recruit employees, according to the release.

Mechanization of farm labor was also a trend, according to the release. The survey said more than half of farmers reported they have started using mechanization. Of those, the release said 56% said the use of mechanization was because of employee shortages.

37% of farmers said they had adjusted cultivation practices to ease labor shortages;

31% said they are switching acreage to less labor-intensive crops;

More farmers are using the H-2A agricultural visa program; but only about 6% of surveyed farmers said they had enrolled in it.

“Through the years, the H-2A program has proven inadequate for farms in California and throughout the nation,” Johansson said in the release. “Farm Bureau will continue to work with Congress to create a secure, flexible, market-based immigration program that works better for both farmers and farm employees.”

The release said the 2019 results are similar to a California Farm Bureau survey in 2017, which revealed 55% of farmers said they had labor shortages.

The full survey report is available on the CFBF website.