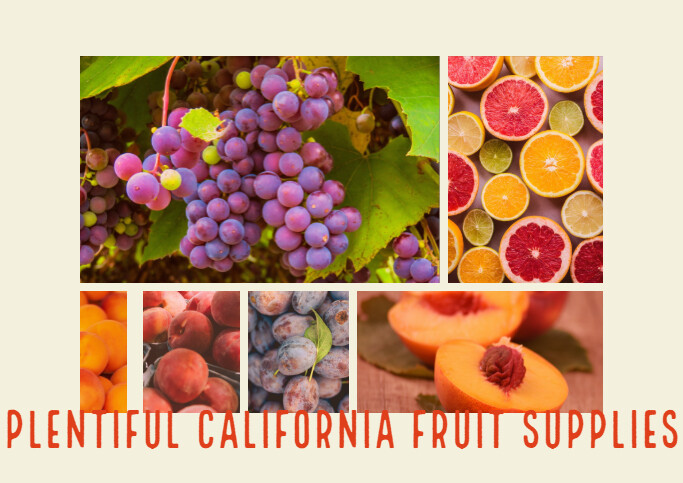 California summer fruit suppliers are anticipating a brisk May-August season in 2019, with plenty of supplies to fill orders. That is, once it gets going.

Quality will not be an issue, though, he said. “The quality looks to be much better (than in 2018),” he said. Harley said he expected to start around May 10 and run through the end of June.

There should be plenty of fruit to promote, which would be roughly the same as in 2018, Harley said.

“This season has been anything but stellar for the citrus producer unless you were exclusive to lemons,” he said.
He said the summer is shaping up to be a good one.

“The size structure is better, although large sizes will remain a premium in price for both navels and mandarins,” he said.

The industry will have “good-quality fruit” through the Fourth of July for oranges, Nelsen said, noting that mandarin varieties will wind down in May and lemons will be strong into the summer, pending offshore product at lower prices arriving.

Santa Paula, Calif.-based citrus grower-shipper Limoneira Co. anticipates the total crop to be down 10% to 15%, compared to 2018, said John Chamberlain, director of marketing.

“Normally, we go through April, but this year, I think we’re going through May.”

Trinity Fruit anticipated a May 5 start for stone fruit.

“I think we’re going to have one of the biggest crops we’ve ever had,” Ganajian said.

“The crop looks good,” sales manager Jeff Simonian said, although he added that it was still too early to provide a detailed forecast.

Flavor Tree expects to begin harvesting Verry Cherry around the third week of June, with the deal going into August, Cameron said.

Volume this year is projected to grow by more than 100% over a year ago, Cameron said.