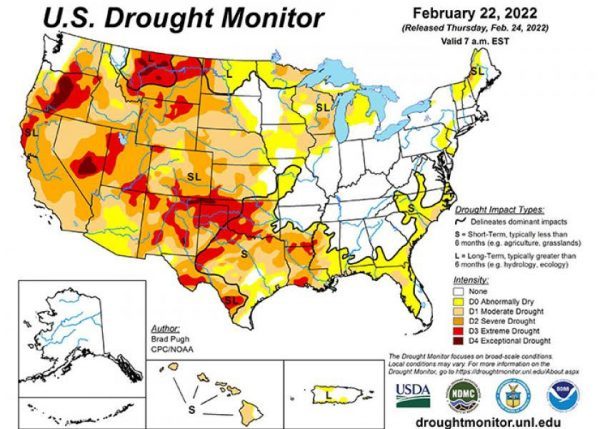 The U.S. Bureau of Reclamation announced today that it anticipates zero water allocations this year from the Central Valley Project, likely marking the second straight year that California farmers and ranchers will be denied critical water resources.

California Farm Bureau President Jamie Johansson said the announcement underscores why California needs to act now to build water infrastructure, which has been supported by voters.

“We are disappointed, but not surprised, by the zero water allocation announcement,” Johansson said. “This demonstrates the overdue need for new water storage.”

In 2014, California voters were promised $2.7 billion as a down payment on building new water storage after they overwhelmingly approved Proposition 1, a $7.1 billion water bond initiative. Construction has yet to begin.

“We can no longer afford to neglect our aging water infrastructure, which was once the envy of the world,” Johansson said. “If we are serious about water resilience and addressing climate change, we must invest in water storage and infrastructure to capture precipitation in wet periods to sustain us amid our new norm—longer, harsher periods of drought.”