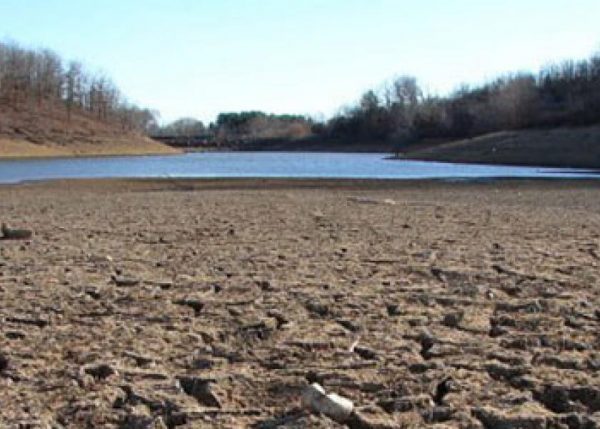 California Has Driest January Through March In 100 Years

Despite record-breaking storms in October and December 2021, California water agencies will receive just 5% of what they requested. That’s down from an allocated 15% in January.

The state is enduring the third year of its second acute drought in less than a decade. And the beginning of 2022 was the driest January through March stretch in 100 years.

“For January to March 2022, the statewide precipitation, about 2 inches, will mark the lowest in the 100-year record for this time frame. On average, this time frame usually brings about 11.5 inches,” said Maggie Macias, who works in public affairs at the California Department of Water Resources.

The second and third driest January through March period happened during the state’s last major drought. The years were 2013, with 3.01 inches of rain, and 2015, with 4.48 inches of rain, according to Macias.

The Department of Water Resources reduced the State Water Project allocation to 5% of requested supplies for 2022. The department previously set the allocation at 15%, but the historically dry months of January, February and March required a reduction in the allocation to conserve available water supply, according to a news release.

Because of the extra-dry spell, statewide reservoir levels are about 70% of average. The statewide Sierra snowpack has also fallen to 55% of average for this date, most of that snow coming from heavy snowstorms in December, the release said.

A final allocation for the water year is typically announced in May or June.

“We are experiencing climate change whiplash in real time, with extreme swings between wet and dry conditions. That means adjusting quickly based on the data and the science,” Karla Nemeth, director of the Department of Water Resources, said in the release. “While we had hoped for more rain and snow, the department has been preparing for a third consecutive year of drought since October.”

“Our best-case scenario will be to balance pumping and surface deliveries from lakes. We must rely on our aquifer,” LeMay said.

The low allocation of water is a big hit to California growers, and the state will enforce its first water pumping limit.

“This is the first drought since the Sustainable Groundwater Management Act, also known as SGMA, was instituted,” LeMay said. “Groundwater sustainability means there’s a limit to what growers can pump. They can no longer pump what they need.”

Without enough water, growers will be forced to decide which crops get water. Last year, 385,000 acres were left fallow because of the drought. LeMay already expects it will be far more this year.

“Where I put my focus is on California’s $60 billion surplus,” LeMay said. “Some of that money can be invested to fortify our water infrastructure right now.”