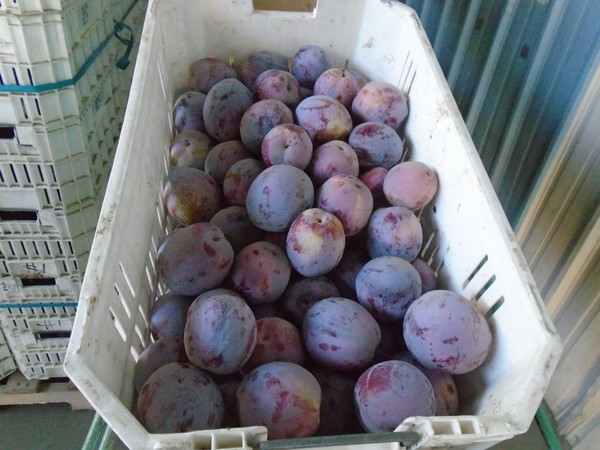 The California plum season is all but over, with the majority of growers having shipped the last of their fruit. While there are a few particularly late varieties still around from a handful of suppliers, the season can be described as finished. “We packed our last plum variety – which was the red Flavor Fall – in late September,” said Jeff Simonian of Simonian Fruit Company.

Average season with mixed market
Simonian described the season as average, with mixed market conditions but generally favorable weather, except for the late start. “The season had its ups and downs,” he said. “This is certainly the case most years. Our season was five days late from the start to the end due to the cooler than normal spring.”

On a positive note, the fruit was of good quality and the market – although experiencing variations – was generally good. “We had some excellent quality fruit,” Simonian shared. “And the market was solid for the majority of the year.”

Pomegranates now in season
Simonian Fruit Company has several stone fruit varieties within each of the main categories. For plums, the season begins with Yummy Beaut and Black Beaut in June, ending with Flavor Fall in September. “Flavor Fall is a red plum that is known for its good size and superior flavor,” Simonian shared.

Although its stone fruit season is now over for the 2019 crop, the company is now focusing on pomegranates. The pomegranate harvest is on now and fruit will be available until the end of the year. Additionally, although much of the pomegranate crop is exported, Simonian doesn’t foresee any problems with the tariff situation.

“Our attention has now turned to pomegranates. We will be packing these into next month, and we can expect fruit to be available into December. About 40 percent of our crop is exported, but most of the countries we ship to have not applied any additional tariffs.”