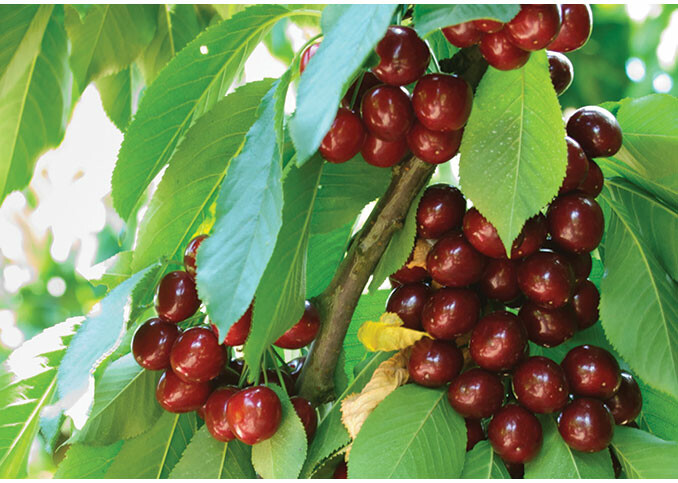 California’s Cherry Crop Should Be Up Slightly

California cherry growers expect to harvest slightly more fruit this season than last year, assuming they don’t see a repeat of the heavy rainfall that devastated much of their fruit last May.

This year’s crop looks like it will be “moderate,” Cameron said.

“With the increase in demand that we’ve seen recently in fresh produce, it will be an interesting marketplace,” he said.

Weather got cool in late March, but not too cold for the trees, he said.

That makes a longer growing period, which is beneficial for cherries.

There was some rain during March, but rain won’t cause much damage unless it hits later in the season, when the cherries are formed, he said.

Cameron expected strong prices this season because of the increased demand for fresh fruits.

But he said the front end of the deal probably won’t be as heavy as last year, so there should be less price pressure at that time.

Flavor Tree will start picking the third or fourth week of April, which is a typical start time, but five or six days earlier than last year.

Most varieties had at least adequate chill hours during the growing season. However, the weather was dry, he said.

The trees went through full bloom the last week of February and the first couple of weeks of March.

February was warmer than usual, but March was cool.

“The trees are just waking up,” he said. “We’re starting to see the crop set now, in late March and early April.”

“The crops that we are seeing coming out right now are a touch spotty to good,” he said.

The crop does not look to be overset, so Stonebarger expected a strong size profile.

Stemilt’s 2020 California harvest should start the last week of April or in early May.

That’s earlier than last year but “typical in the new normal time frame in the last several years of lower chill winters and springs,” he said.

Stemilt expects to have a 40- to 50-day season in California.

In late March, he said it was too early to predict the quality of the fruit, but he did say that if there is no initial heavy crop, “you tend to have nice size cherries.”

“We have good-quality growers,” he said, “who tend to have good quality year in year out.”

There won’t be a heavy crop, he said, but it should be nice size.

Primavera Marketing accounts for about 20% of the market share for California cherries, he said.

The company should be finished with its 2020 cherry deal sometime between early to mid-June.

Last year’s industrywide California crop was headed for the biggest crop in history, Stonebarger said, but record rains in May “demolished the crop.”

At one point, there were 10 million to 12 million 18-pound box equivalents of cherries on the trees, but only about 5.7 million were packed.

Although there are fewer cherries on the trees this year, growers expect to pack slightly more fruit than last year.

Flavor Tree will have slightly less volume than last year, when the company probably had its highest-volume year ever, Cameron said.

That’s because a lot of production came off before the rains came that devastated acreage for many other growers.

The past few years, a fair amount of rain during harvest stifled volume, so it’s difficult to arrive at a consistent “normal” figure, he said.

Looking at the past couple of years, 2018 saw a poor set because of frost damage, Sambado said.

Last year had a big set and small-size cherries, but the season was marred by rain a dozen times during the harvest period, he said.