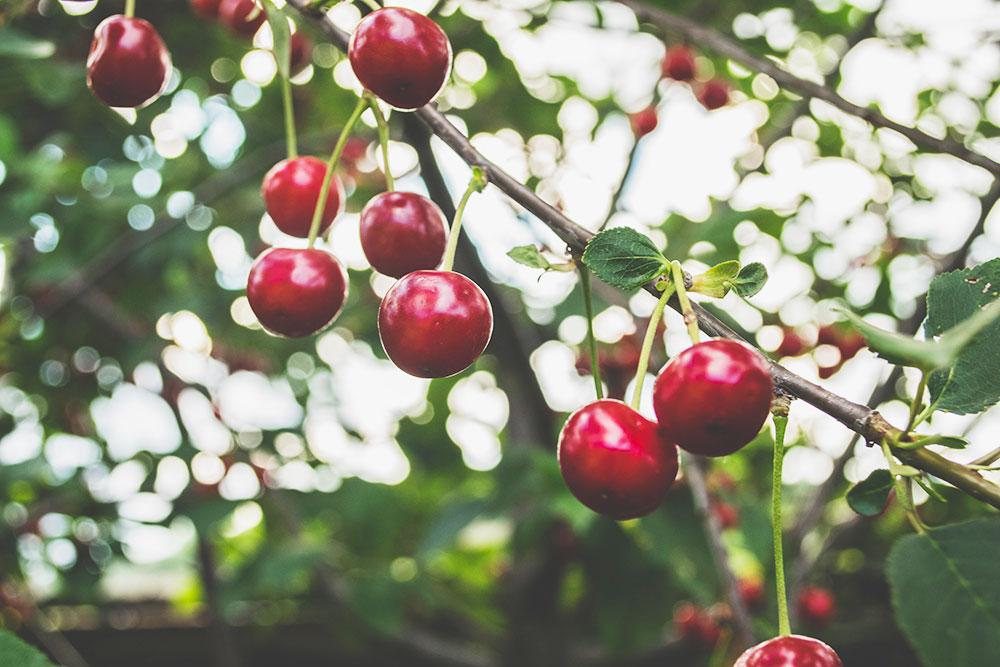 Cherry growers in California’s Central Valley are very concerned for their crops as forecast storms and cooler weather began impacting the region overnight. A winter weather advisory was issued by the National Weather Service declaring that areas above 5000ft could expect up to 2ft of snow. But it’s the heavy rain in the Valley that has cherry growers worried. Just a couple of weeks ago, hopes were high that California could produce a record cherry crop this year, however these hopes have been replaced with pessimism and several growers are now expecting a total loss.

“We were expecting to pack over 10 million boxes of cherries in California this year,” observed Nick Lucich of Delta Packing Co. of Lodi. “However, 17 days into the season, things are not looking as promising. Late last week, the area from Bakersfield up to Hanford received quite a lot of rain. There are a lot of growers in this region and they are currently harvesting the Brooks and Coral varieties. Brooks in particular, does not fare well when it rains so we have heard of some growers simply walking away from their crops.”

He added that this has affected packing and suppliers have experienced a notable slowdown in product movement over the past few days. “It’s gone down from a 75 percent pack-out to around 60 – 65 percent,” he said. “It’s been a challenge to run the fruit over the lines and everything is just running slowly right now.”

The next week could determine the entire season
Although there were some impacts from last week’s storms, these could seem relatively insignificant should the current storm systems severely impact the northern Central Valley growing regions as is feared. The major issue is the timing of these storm fronts. The cherries on the trees in Lodi and surrounding areas are currently at their most vulnerable stage. With an estimated 4 million boxes worth of Bing cherries currently hanging on the trees in the region and a week of storms ahead, the next seven days could very well determine how the remainder of the California cherry season will pan out.

“With three storm systems lined up, we are looking at another seven days of unsteady weather ahead that could not only affect the existing harvest, but also the upcoming harvest around Lodi and Stockton, which is due to start June 1,” Lucich explained. “In this region, the Bing cherries are currently in transition at what is called the ‘straw’ stage, so named because they are yellow in color. This is when the cherries are at their most vulnerable as the skin is thinner and they are just starting to color up. The only cause for optimism is that the forecast is showing that it will be windy and cold, which is preferable to warmer and more humid conditions.”

This would be especially disappointing as cherry suppliers have prepared for a nice, heavy crop and have set up their programs accordingly. “We are very concerned, especially because we were preparing for a big year,” Lucich said. “Most of the promotions, bags and retail programs have already been set up.”

Central Valley grapes are okay
While cherries and other tree fruit that are just beginning harvest have the potential to be severely affected by the storm systems, grape growers are still some months away from their Central Valley harvests. The fruit has not matured enough yet for rain to have any effect.

“The rain will not affect our Central Valley vineyards which are still more than six weeks away from harvest,” shared John Harley of Anthony Vineyards. “Any fruit that is close to harvest – including some of the stone fruits – are at risk because the sugars have built up in the fruit which makes the skin softer and causes them to be prone to split. Our grapes in the San Joaquin Valley are not at that stage yet although depending on how severe the storms are, it could delay the harvest by three or four days.”

“At the moment, we are about 10 days out from harvesting our Coachella grapes,” he added. “It’s unlikely any of the storm activity will reach this district. So far our crops in both Coachella and the San Joaquin Valley are looking very good.”

In total, there are three storm fronts forecast over the next five days, mainly affecting the San Joaquin Valley, especially the northern half. More than two inches of rain is expected from these systems and this will be followed by seasonally cool day time temperatures in the low 70s and night temperatures in the 50s.