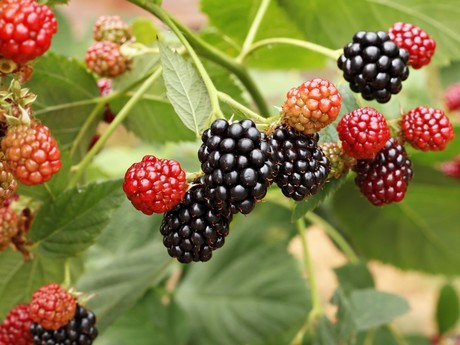 Challenging Summer for Blackberry Growers in the Northwest

The season for blackberries in the Pacific Northwest is set to continue for another few weeks before tapering off for the year. It began back in July and now growers are on to the later varieties. It has been a challenging season with rain interrupting what was hoped to be a decent year.

“We are just starting on our Evergreen blackberry now,” said Jeff Peterson of Columbia Fruit. “We had a bit of challenging start to the season. The generally wet conditions during the summer meant we ended up with more rainfall than usual. Other than that however, everything is going well in terms of the season.”

He added that the expectation is for blackberry production to continue for another three, depending on the weather, while also describing the Evergreen variety. “The Evergreen is a thorn-less blackberry and we have a number of programs that it fits into well.”

Room for more in the future
Demand for blackberries appears to be increasing, with the market enjoying a good consistent flow for the majority of the summer. Supply has not kept pace, prompting companies like Columbia Fruit to consider adding more in the future.

“We are hoping to plant more blackberries in the future,” Peterson shared. “Although this year has been a challenge, our blackberry program has proven to be a very good one. There is certainly not a surplus in the market, so we are looking to expand.”

Other berries winding down now
Columbia Fruit is a grower, not just of blackberries, but also strawberries, raspberries, Marionberries, blueberries and other specialty berries. The company has a robust IQF and puree program for much of this volume. While the other berries have largely finished for the season in Washington, blueberries are still available, but not for much longer.

“Our blueberry season is starting to taper off now,” Peterson said. “We are into some of the mid season and later varieties now, while the Duke and Blue crops have for the most part finished up now.”