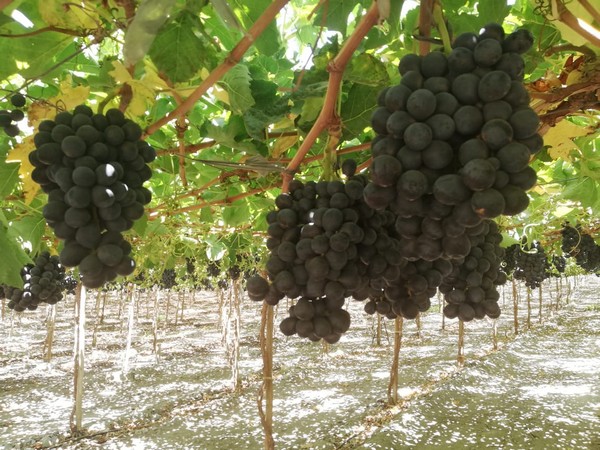 “Chile will have 9-10% lower volumes of grapes this season”

Chile has been having a good grape season so far, and has been able to take advantage of the California season ending early and the Peruvian Ica-region season starting late. “We’ve been able to enter a fairly empty market – much emptier than it was last season,” says Christian Corssen of Compañia Frutera Santa Maria, who exports their grower’s grapes throughout Chile.

Later start to season
The Chilean grape season always starts in the northern regions of the country and moves southwards as the season progresses. Corssen says: “This year we started a little later in the north by about a week. In contrast, from the fifth region to the south the harvest is coming in a little earlier so I think we’re going to have an overlap between these regions. But right now the volumes are heavy in the north and the south has just started since last week.”

He adds: “Every year, the season has been starting later and later for two reasons. The first is the switch to the new varieties. This is shifting the season because these are later varieties than the traditional ones. Another reason is that the growers are actively working to push the season back a bit: last year, the first vessel was loaded in the first week of December and then this year it was in the second week of December. This is to avoid an overlap with the California season as much as possible.”

Early end to the season expected
While the overall season began a later than usual, the central and southern regions in Chile are beginning earlier than usual. “If things continue as they are right now, with the central and south areas being 10 days early, we’ll end earlier than last season – pretty much around the end of March or the beginning of April if this trend continues. The big question mark is what is going to happen at the end – we’re not really clear yet. There might be a shortage of the green and/or red grapes, but we’ll have to wait and see,” Corssen says.

The volumes coming out of Chile this season are lower than they were last year, too. “We’re estimating a 9-10% decrease compared with last season, and the estimate for this season is around 73,5 million boxes which is significantly lower than last year. This is because of the switch to new varieties but it’s also due to the drought. Growers have been selecting which crops to harvest and which varieties to leave behind and that has been affecting the overall volume. They are giving priority to the early varieties and also to the more profitable varieties. The pricing so far is much better than last season due to the lower volumes expected. We are expecting better pricing throughout the season due to this,” Corssen says.

Switching to new varieties
Chile has a lot of new red varieties already in production, but the new green varieties still have to reach full production so there will be more red grapes coming out of Chile than green grapes. Corssen says: “Currently we are still working on switching our areas over to the new varieties – the specific focus will be on the green varieties. We are currently planting more Autumn Crisp® from Sun World and more Sweet Globes® from IFG. Meanwhile, many traditional varieties are being pulled out. Growing the new varieties does have a learning curve – each variety acts differently depending on which region we’re in. The learning curve is currently dominating these new varieties.”

“Every season is different, and the general rule here is to focus on high quality and on getting the right fruit with the right taste to the right market. That’s the key, not only for us but for all the markets that are playing at this moment,” concludes Corssen.