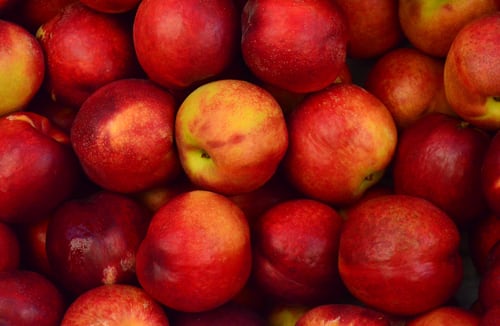 Vanguard is sharing an update on the Chilean apple crop. The country’s apple harvest has started with the Fuji variety, and the first vessels carrying exports have departed. So far, this variety is showing signs of slightly smaller sizing than last season, concentrating between 80-88-100 sizes. There are around 32,300 total hectares of apple trees planted in Chile. Of this number, around 4,550 hectares are Fujis, expecting to export around 88,000-92,000 tons of fruit, or 4.5 million boxes.

Condition and quality
This past season, Chile faced very high temperatures, especially in cities located further north in the production regions (VI Region). These high temperatures added to the drought that has impacted Chile for the past decade. “This water stress, combined with higher temperatures, could lead to smaller fruit size,” according to Vanguard’s update. “In addition, some quality defects such as bitter pit, lenticel spots, or water core and sunburn seem to be a bit more severe than observed in past years.”

In addition to growing conditions this season, this decrease in production can be attributed to the loss of planted areas in Chile in the last few years. Last year, specifically, planted hectares decreased by 6 percent. “This is due partly by apple varietal replacement, but mostly by growers looking for more profitable crops to produce and sell such as cherries, berries, and nuts.”

However, this decrease in production doesn’t make a significant impact on Chile’s prominent position as an apple exporter. Apples continue to lead on the list of the most exported fruit from Chile, with the Royal Gala variety holding the highest quantity spot at 50%, followed by Pink Lady, Fuji, Granny Smith, and others, respectively.