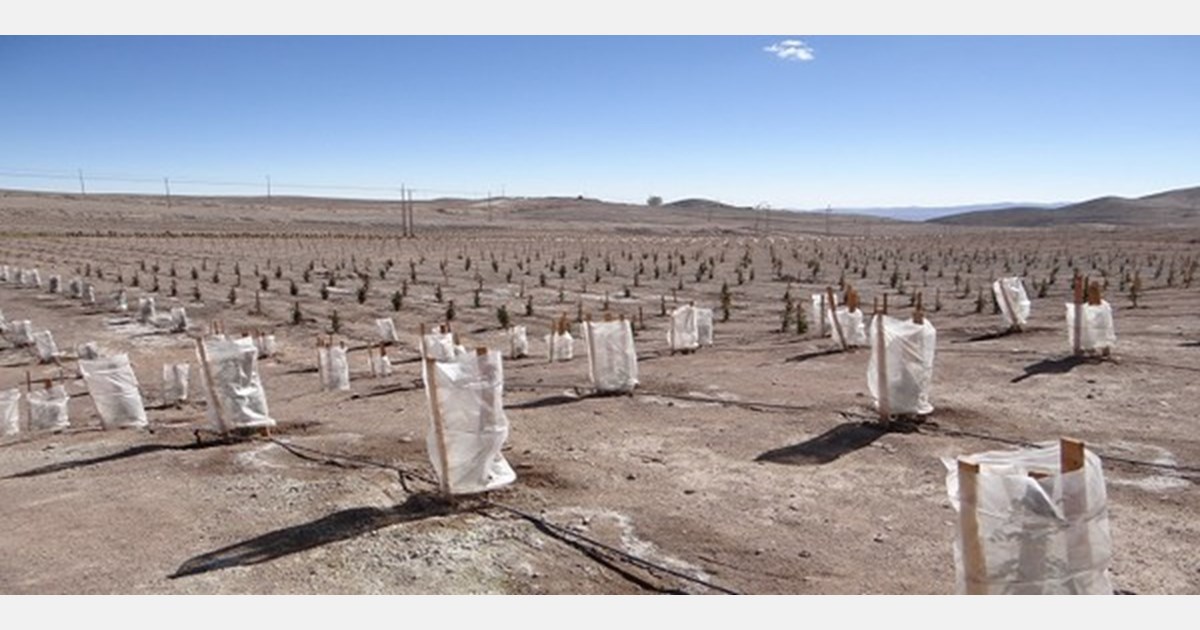 The driest southern winter in six decades has left a complex balance: 6 of the 16 regions in Chile are suffering the effects of the rainfall deficit, which in the case of Valparaiso and Santiago reached 77%. According to the Ministry of Agriculture, there are about 37,000 farmers at risk. In addition, nearly 106,000 animals in the regions between Atacama (north) and Maule (south) have died due to lack of water and food, according to data from the ministry.

Chile meets most of the nine vulnerability criteria set forth by the UN Framework Convention on Climate Change (UNFCCC), including areas prone to drought and desertification.

“The situation is complex,” acknowledged Javier Maldonado, the governor of the province of Chacabuco, which houses several of the communities affected by the drought. “We have to be realistic, climate change is here to stay,” he added.

In the courtyard of her house in the commune of La Ligua, in Valparaiso, Dominga Mondaca showed the barren land where the water used to irrigate strawberry and citrus plantations used to flow. “We had very little water for many years, but this year was the worst. It didn’t rain at all,” said Dominga, one of the more than 600,000 people who need to be supplied with water.

In Petorca, the water beds are now dry. But in some areas, the withered landscape contrasts with the green of hills filled with citrus and avocado plantations, a crop of great demand of which Chile is one of its largest exporters. In this town, not only is there a lack of water but the water resources are being poorly managed, ensure its inhabitants.

In the central mountain range of Chile, the accumulated snow presents a deficit of 65% compared to the historical average, according to official data. Scientists estimate a 5 to 10% decrease per decade in practically all the Andes, one of the main water reservoirs in the country.

“The central zone of Chile is very dependent on the summer melts of both snow and glaciers. That means that if the amount of snow cover decreases, the availability of water resources will also decrease,” stated Raul Cordero, an expert on climate change at the University of Santiago.

“Chile used to live as if it were a country that had an abundance of water, but climate change and global warming have probably changed that forever,” said President Sebastian Piñera, announcing investments of 5 billion dollars to cope with the drought.