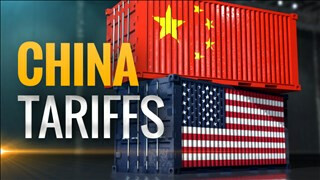 The hits keep on coming for U.S. fruit exporters.

The Aug. 23 move is another insult to the mounting injury caused by the more than year-long trade fight between China and the U.S.

In response to China’s decision, the U.S. announced planned tariff increases on a variety of Chinese goods, including vegetables, apples and mushrooms.

U.S. apples, pears and cherries are all subject to an additional 10% tariffs starting Sept. 1, said Todd Fryhover, president of the Washington Apple Commission.

That will brings the total retaliatory tariffs on U.S. fruit to 50% since last year, he said. Combined with the existing standard tariff of 10%, imports of U.S. fruit must pay 60% of the value of the fruit to bring it into China.

“We did talk to our representatives who went out and called customers in China, specifically retail accounts and importers, and their comment was that they expect to continue to buy till it becomes unprofitable,” he said Aug. 26. With the end of one season and the start of another, Fryhover said it is hard to predict what will happen next, but the high tariff will be a heavy burden to bear.

For the 2018-19 marketing season, Washington apple exports to China are off 22.1% compared with the previous year, Fryhover said.

India’s retaliatory tariff of 20%, added its existing tariff of 50%, will also limit export sales there this season, Fryhover said.

Add to that the potential for an economic slowdown worldwide, and Fryhover said finding export sale gains won’t be easy.

“But we’re up the challenge,” he said. “We’ve got more Agricultural Trade Promotion funds and we’re going to do twice as much promoting and support for our industry than we’ve ever done in the past. and just try to help out wherever we can,” he said.

Meanwhile, U.S. tariffs on another set of Chinese goods, including a variety of fresh and processed fruits and vegetables, also will take effect Dec. 15 at a rate of 15%.