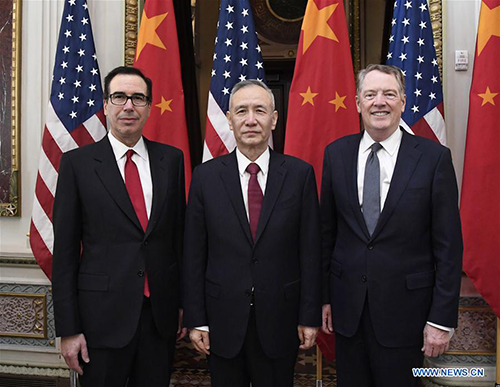 China and the United States have been going back and forth on plans for trade deals and tariffs between their economies. Following threats from China and several appeals made by U.S. companies to the Trump administration, the two announced this morning that they have entered phase one of a monumental deal. Details of this deal are currently few and far between, but signs point to a promising turn of fate for those operating between China and the U.S.

According to CNBC, the two countries have reached a trade deal that is expected to provide relief on tariffs as well as increased opportunities for agricultural purchases. Additionally, rumored structural changes will include intellectual properties as well as technological challenges. While not many details were disclosed, Chinese officials briefed reporters and the U.S. President touted the agreement as an “amazing deal.”

From what is currently available, we understand that the U.S. will relieve tariffs placed on Chinese goods in phases, which the news source stated was a priority for Vice Commerce Minister Wang Shouwen of Beijing. Shortly afterward, the Trump administration stated that the next round of tariffs will be canceled by Sunday. Further details include the U.S. plans to leave 25 percent tariffs on $250 billion imports, while cutting duties on $120 billion worth of products to 7.5 percent. The news source stated that China is also considering a cancellation of Sunday’s tariffs.

Beijing’s Vice Minister of Agriculture and Rural Affairs, Han Jun, said that agricultural purchases are also expected to increase significantly. As part of the deal, the U.S. President insisted on the Chinese purchase of American crops, according to tweets. Furthermore, both countries plan to make adjustments to intellectual properties, technology transfers, and financial services, according to CNBC.

Although the trade deal has yet to follow through with legal procedures in Washington and Beijing, the two are building out a timeline for finalization.