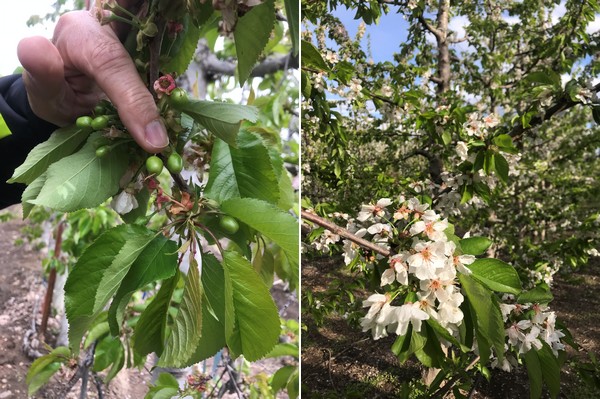 China: Blueberry and Cherry Exports from Argentina Expected to Increase

The blueberry production in Tucuman Province, Argentina has recently attracted the attention of several Chinese companies who are interested in signing an agreement with local producers. To this end, Chinese companies Altaifresh Limited, Shanghai Mirong Fruit Co. ltd, and Freshport Group held a meeting with Kingberry, Earlycrop, Hortifrut Expofresh, and Frutucuman from Tucuman. Currently, 1.5% of the province’s total blueberry export makes its way to China, and this dialogue aims to continue to expand Tucuman’s influence in this Asian market.

During the visit, the Chinese companies visited several cherry and blueberry growing centers and participated in Cherry Day, a special event. Altaifresh Limited was a participant at this event, during which they were given an introduction to the growers and logistics companies to get a deeper understanding of the fruit export of Argentina.

Mike Wang of Altaifresh Limited said, regarding the export prospects of blueberries and cherries from Argentina to China, that in terms of cherries, its capacity in supplying late varieties is sufficient compared with Chile. The varieties supplied by the two countries are similar, but in terms of the current export volume, the difference is huge. Chile’s exports last year were more than 9,000 containers, while Argentina’s total exports were only about 250 containers, including exports to countries other than China.

“In addition, unlike products from Chile, the tariff on Argentine cherries is 10%, which increases the trading cost. In terms of logistics, cherry export to China from Argentina makes use of Chilean ports. In terms of air transport, Argentina’s air freight has a huge advantage over Chile. Cherries from Argentina have an air freight rate of $3-3,50 per kilogram, while that of Chilean cherries is about $5. Last year, Argentina only exported a few containers to China, but this is expected to increase significantly this year.”

“As the demand for imported cherries in China is growing stronger, Argentina, like Chile, is also targeting this huge sales market. Whether it’s in Chile or Argentina, the acreages planted with cherries are increasing every year.”