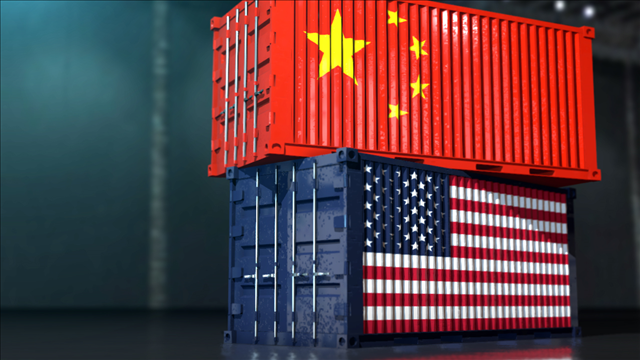 The U.S. and China will sign what is being called a “phase one” trade deal by mid-January, but fruit exporters shouldn’t expect immediate removal of Chinese tariffs on U.S. fruits that have been in place since 2018.

President Donald Trump tweeted Jan. 31 that the deal with China will be “very large and comprehensive,” and said work on the second phase would begin soon after the initial deal is signed.

The Office of the U.S. Trade Representative said in mid-December that the deal requires structural reforms and other changes to China’s economic and trade regime in the areas of intellectual property, technology transfer, agriculture, financial services, and currency and foreign exchange.

In addition, the agreement includes a commitment by China that it will make “substantial” additional purchases of U.S. goods and services. The deal, according to the USTR, also establishes a dispute resolution system that ensures prompt and effective implementation and enforcement. The U.S. has agreed to modify its Section 301 tariff actions in a significant way, according to the USTR.

With the phase one deal, media reports indicate China has agreed to buy about $40 billion annually in U.S. agricultural products for the next couple of years.

However, Jim Bair, president and CEO of the U.S. Apple Association, said that White House trade officials have told the association that the phase one trade deal makes no mention of China’s retaliatory tariffs.

“It is our strongest hope and expectation that the deal will indirectly result in China’s removal of retaliatory tariffs against U.S. apples,” Bair said in a Jan. 2 e-mail.

In a Dec. 20 letter to the U.S. Apple Association, President Trump’s chief trade official Robert Lighthizer wrote, “Regarding the unwarranted retaliatory tariffs on U.S. specialty crops, it is up to China to decide how to remove its retaliatory duties to facilitate its purchases and imports of U.S. agricultural products resulting in a more balanced trade relationship.”

Even if the retaliatory tariffs were eliminated immediately, Washington Apple Commission President Todd Fryhover said Southern Hemisphere competition will serve to limit sales to China in April and May.

There is optimism that the phase one deal was reached, but continued questions about when China will lift the retaliatory tariffs, said Richard Owen, vice president of global membership and engagement for the Produce Marketing Association.

It is uncertain how China will deliver on its promise to buy about $40 billion worth of U.S. agricultural products annually over the next couple of years, said Mark Powers, president of the Northwest Horticultural Council. “That’s a huge number, and could include huge amounts of apples, pears and cherries,” he said.

Currently, with China’s retaliatory tariffs at 50% and its standard 10% tariff, there isn’t much opportunity to sell Northwest tree fruit to China, Powers said.

“Taking the optimistic (approach), we would love to see $300 million in sales to China over each of the next two years — that would be good — but how do we get there and how does it happen?” Powers said, adding that growers badly need a “win” with the trade negotiations with China.

“There is some room for optimism, but the details need to come to light quickly in order to see how the commercial benefit arrives.”