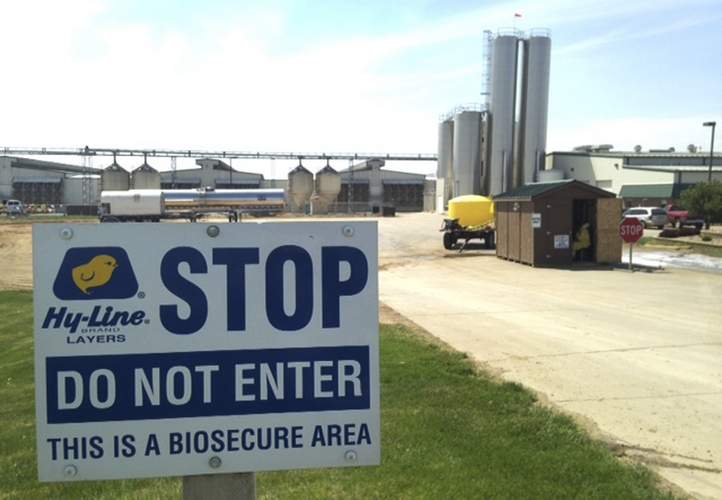 China Signals it Could Drop Ban on U.S. Eggs

In new signs of progress toward a resolution in the U.S.–China trade war, both nations have agreed to roll back tariffs against each other and China signaled it would reconsider a ban on U.S. poultry products enacted after a 2015 bird flu outbreak hit the Midwest.

The Chinese commerce ministry, without giving a timetable, said the two countries had agreed to cancel the tariffs in phases.

A U.S. official, speaking on condition of anonymity, confirmed the planned rollback as part of a “phase one” trade agreement that President Donald Trump and President Xi Jinping are aiming to sign before the end of the year.

A deal over the first part of an agreement may be signed this month or next by Trump and Xi at a yet-to-be determined location.

Some have suggested it be in Iowa — which Xi had once visited, striking up a friendship with then-Gov. Terry Branstad, who now is Trump’s ambassador to China.

Thursday, current Iowa Gov. Kim Reynolds said no one had contacted her about such a meeting, but “I would be all about it” if asked.

“Even the national media, they’re talking about, ‘You know, he’s been to Iowa before and he has a relationship. He’s stayed there in the summer.” So they all know the narrative,” Reynolds said of Xi’s history with Iowa and his “old friend” Branstad.

“Most importantly, I want it signed,” the governor said in an interview. “I’m hopeful that it doesn’t fall apart and that we’ll actually see phase one signed. That will provide some positive momentum for them to continue.”

Dozens of other venues have been suggested for a meeting and signing, including London, where the leaders could meet after a NATO summit that Trump is due to attend Dec. 3-4.

Amid the signs of optimism, however, the U.S. Agriculture Department was preparing to roll out the second tranche of aid to compensate farmers for losses from the very same trade war.

“We’ll be getting it ready hopefully by the end of this month or early December,” Agriculture Secretary Sonny Perdue said Thursday.

The payments are part of a $16 billion aid package announced in May to be paid in three separate rounds after farmers saw a major export market for soybeans dry up with the trade war.

In another sign that a deal was not quite yet imminent, some White House advisers opposed the idea of rolling back tariffs on China, arguing it would diminish the U.S.’s only real leverage.

Trump last month outlined the first phase of a deal to end the trade war with China and suspended a threatened tariff hike. But officials on both sides said then that much work needed to be done before the pact would be finalized.