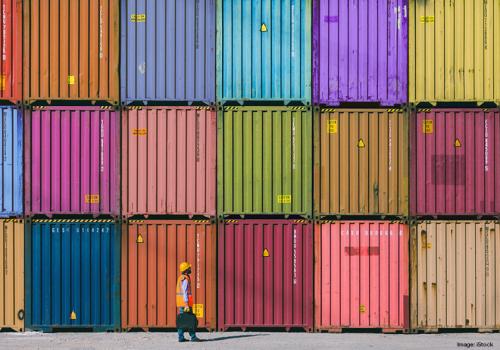 China’s recent COVID-19 crackdown is having a ripple effect on ocean carrier scheduling and hurting volume at the Port of Oakland, officials say.

Port of Oakland cargo volume is down in 2022, and port officials said in a release that the decline was mainly caused by China’s crackdown.

Total volume through April at the port dropped 7% from the same period a year ago, according to the report, and containerized import loads through Oakland fell 17 %.

Meanwhile, exports from the port dropped 18% in March, according to the release.

Factory and port shutdowns in China, Oakland’s largest trade partner, have slowed both imports and exports, the release said.

Disruptions at Shanghai, the world’s busiest port, are delaying U.S.-bound import shipments, wreaking havoc on ocean carrier scheduling, according to the release.

“U.S. exports have been hampered by vessel schedules thrown into disarray in China,” Port of Oakland Maritime Director Bryan Brandes, said in the release. “Most of Oakland’s business depends on the Asia-U.S. trade route.”

The Port said Oakland cargo flow has been hurt by additional factors, including:

· A drop in the number of ships stopping in Oakland;

· A container shortage making it harder to load export shipments.

Relief may be on the way, the release said.

Shanghai cargo activity has recently picked up and port officials are talking to shipping lines about increasing the number of Oakland vessel calls, the release said.

The pace of cargo operations should accelerate as vessel schedules normalize, according to port officials.

The Port of Oakland is preparing for peak shipping season, which industry experts cited in the release say will begin earlier this year.

Retailers are likely factoring in more time for receiving their goods based on the shipping delays they have been experiencing during COVID, according to the release.

During the peak of port congestion in 2021, as many as 30 ships were waiting to enter an Oakland berth. As of late May, the number of containerships waiting to enter a berth was down to a handful or fewer, according to the release.

The pandemic era, with resulting disruptions in container availability and schedules, has witnessed lower-trending exports of some major fresh fruit commodities shipped from the Port of Oakland.