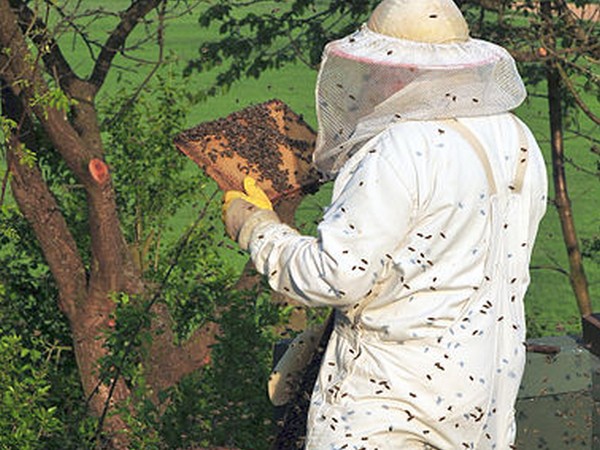 The beekeeping industry, which is integral to agriculture production, is undergoing some significant developments.

Bees of course help plants reproduce thanks to their help in the pollination process. And at this time of year, many commercial beekeepers are preparing to go to California soon to help pollinate the approximately one million acres of almonds, with each acre taking about two honeybee colonies. “There’s more travel now for commercial beekeepers because of the growth in production in agriculture for fruits, nuts and vegetables,” says Jerry Hayes of Bee Culture: The Magazine of American Beekeeping. “It used to be more regional production. But now there’s more concentration in different parts of the U.S. and Canada.”

This in turn means that there’s been a shift in focus on revenue streams for commercial beekeepers. “This has become more valuable now than honey production,” says Hayes. “This is the real money for beekeepers.”

Following the season
And so, beekeepers start in late winter following the development of agriculture moving north. “After California, some will go north into Oregon and Washington for apples, berries and cherries. Others will go east to Florida and follow the spring north where they wind up in Maine for cranberry pollination. This whole gypsy commercial beekeeping thing is what keeps food on our tables.”

To keep up with the demand to pollinate North American crops, beekeepers have developed a way to split colonies in half. “They’ve learned how to do that in order to continue to provide service to growers,” says Hayes. It’s also been done to help make up for bee losses thanks to the Varroa mites, a parasitic mite that has destroyed colonies of bees.

Along with increased travel and mite infestation, other changes in the beekeeping industry include extreme reactions to pesticides used in agriculture. “In Northern China, they have 10,000 hectares of pears and they’ve misused pesticides so much that managed beekeepers won’t go there anymore. And they’ve killed off most of the native bee pollination,” says Hayes. Instead, people are hired to climb up trees with goose feathers attached to a stack to hand pollinate each flower.

Back in North America, other challenges include developing a new generation of beekeepers. “Beekeeping is one of the last dirty jobs because of what it entails,” says Hayes, who notes that beekeeping operations are seeing increasing consolidation thanks to aging keepers whose businesses aren’t being taken over by their next generations. “It’s tough stuff and just like agriculture, it takes years to know how to do this and how to do it well.”