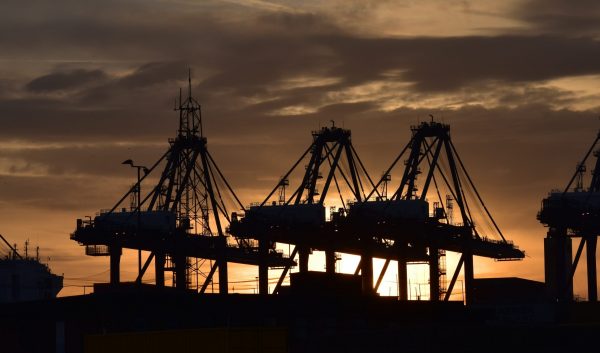 An 8 day strike at the port of Felixstowe which started 21st August by over 1,900 port workers is expected to affect supply chains throughout Europe. The port handles 48% of the UK’s container trade. The port has a deep sea service for vessels from around the world which bring a wide variety of products including fresh produce and also RO-RO service which has around 15 sailings a week and is a key link to Rotterdam and Europe where a lot of the UK’s fresh produce comes in.

“About 30% of our business is at Felixstowe, so it’s going to have a huge impact,” Paul Day, managing director of haulage company Turners of Soham told the BBC.

The Cambridgeshire company moves about 500 containers out of the port every day.

“We might be able to keep operating for two or three days but I can’t see how we’ll be able to after that,” he says.

“It will cost us a stack of money, but all I can do is optimise what we can do and try to minimise the damage – but the damage is coming.”

Nigel Jenny said Felixstowe doesn’t handle as much fresh produce as Dover or the Channel Tunnel but is still a key link to Rotterdam and Europe.

“What is on the vessels is irrelevant, customers must be able to get access to their goods, if these are re-directed it will put put stress on other ports. It is a bit early to see what the consequences will be, but we have every confidence that the ports will support their customers. Our greatest concern is that if ports have to extend the operating hours to accommodate more shipments that government officials may not do the same. Goods can’t be unloaded if there are not customs officials operating.

“We have been negotiating for significantly less inspections on goods which should be having an impact. We understand that checks must take place but officials have to recognise that fresh goods cannot be held in port as long as other non-perishables goods and act accordingly. It is important that exports can have confidence when exporting the UK.”

Mark Wright, Senior Commercial Manager at Davis Worldwide said that they import most of their produce through London Gateway and are not seeing any problem at the port yet.

Ben Goodchild from Nationwide Produce said that they have not seen any delays in produce via Holland as yet, but this may change in the coming days. “We use Daily Fresh to bring in produce via Holland and they said they could reduced services from 3 to just 1 sailing per day via Felixstowe, but will increase the use of Harwich.”

The strike will certainly have consequences for the Dutch fruit and vegetable sector, a spokesperson for GroentenFruit Huis said. “Ferries from Vlaardingen have Felixstowe as their destination. Companies will now try to use alternatives such as Harwich, Dover or the Eurotunnel. They must therefore jointly absorb the volume that cannot be transported via Felixstowe. The question is whether the capacity will then be sufficient.”