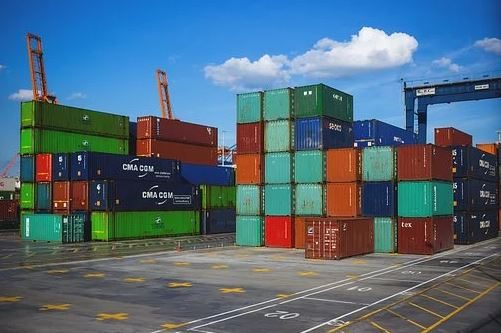 The current global shortage of containers is strongly increasing the purchase price of new equipment and leasing rates. According to the latest container availability index developed by the Container xChange platform, which measures the availability of containers on a 0 to 1 scale where 0.5 marks the line between surplus and shortage, the current index for the 40HC containers is 0.04 in Los Angeles, and 0.22 in Shanghai.

Nearly 35 million ocean containers are currently in use around the world and make about 170 million full trips a year, according to Florian Frese, the director of marketing for Container xChange. The containers are empty in nearly 55 million of those trips, on return trips, or when shipping companies adjust them with demand.

High season
The current shortage means that importers face longer waits for their products and may pay additional fees to ensure transport equipment. The impact may extend beyond the flow of goods between the world’s two largest economies.

“As the China-US route becomes more profitable, shipping companies have more incentives to divert containers from other routes, driving up shipping prices in secondary markets,” said Eytan Buchman, the director of marketing for Freightos. “Historically, this has driven up rates within Asia, with spare containers located in Asia diverted to the trans-Pacific route.”

Owners and leasing
Shipping companies own roughly half of the world’s containers. The remaining containers are owned by lessors, including Triton International, whose US-listed shares increased by 34% in the third quarter. In the latest quarter, the shares of Textainer Group Holdings and CAI International, two San Francisco-based container lessors, increased by 73% and 65%, respectively.

“Our customers expect there will be a fairly significant shortage of containers at least until the Chinese New Year, in mid-February,” Brian Sondey, Triton’s CEO, stated in October.

According to Sondey, new container leasing rates have increased by more than 50% since the second quarter and the company has leased almost all of its 40-foot container inventory. Triton ordered new containers worth $ 350 million for delivery in the first months of 2021.

This booming demand is benefiting Chinese manufacturers that dominate the global container production market. Sale prices have increased and being sold at nearly $ 2,500 per container when they cost about $ 1,600 a year ago.

The order books are full until April or May of next year.