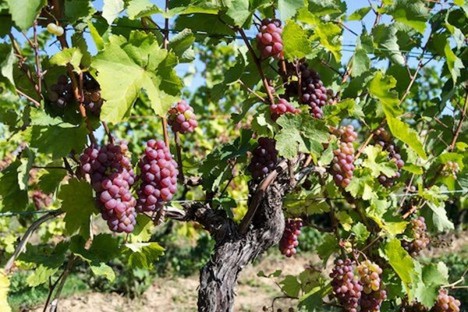 Supplies of grapes in North America will likely continue being tight for the rest of the month.

Starting with Peru, supplies there were pushed back by a few weeks following cooler weather throughout the growing cycle in the Southern Ica region. Add to that the recent political and social unrest that saw Peruvian president Pedro Castillo removed from power a few weeks ago.

“Social protests were blocking highways that literally shut down the industry. It wasn’t just grapes but also avocados, blueberries, asparagus, etc. It put the entire Peruvian agricultural industry at a standstill for seven days,” says Ira Greenstein of Direct Source Marketing. That means a week’s worth of packing and shipping grapes was missed and it’s now being felt with lower supplies in the market as of late last week and the first part of this week. “You miss that one week and that’s almost a million boxes of fruit out of the market,” says Greenstein.

Another round of protests
Protests also resumed in the latter half of last week and road shutdowns meant labor couldn’t make it to the farms. “So we again lost four full days of production and that’s fruit that would arrive in the last week of January,” he says.

Over in Chile, production has also been delayed in the north. “We typically receive our first Chilean bulk vessel with grapes the last week of December. I’m getting my first Chilean table grape arrivals at the end of this week so that’s two and a half weeks behind,” says Greenstein.

Grape production in the northern part of Chile has also shrunk over the past 10 years. Greenstein estimates the region is producing only 50 percent of what it was a decade ago. “All the early table grapes typically come from that region but some growers have gone out of business. There is just less volume in the north because over the years markets have been very depressed for that early northern fruit. All of these things came together over the past five years,” he says.

Sizeable February shipments
So when will volume arrivals begin? Both regions will likely see greater volumes arrive in the middle of February. “So we had better be out in front of this for the last two weeks of February and into March. That means being out there and promoting fruit,” says Greenstein.

These two countries are the dominant grape shippers currently. “Normally we’d have South Africa fighting for market share. However they experienced horrible torrential rains about a month ago and it impacted their crop,” says Greenstein. Ditto Brazil, which tends to ship significant volumes starting at the end of December and into early January. “Their growing region also had horrible rain events and some growers lost 50-60 percent of their production,” says Greenstein.

As for demand, it’s strong but keeping in mind shorter supplies are helping that demand stay strong. “If we had normal weather conditions with normal arrival dates and we didn’t lose all those boxes, people would have plenty of fruit to sell and markets would come down,” says Greenstein.

Markets are indeed strong for especially proprietary varieties but also some conventional varieties. “That will continue all the way through the end of the month. Then we’ll have to have aggressive pricing from the middle of February into March,” says Greenstein, noting spot market prices are currently between $32-$36.