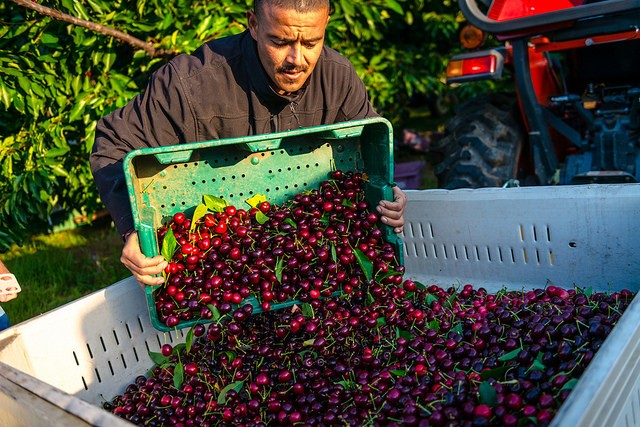 After an anticipated later and lighter start, volumes are forecast to ramp up in July, with growers relying on export markets

Northwest growers have traditionally relied on export markets for absorbing their steadily increasing cherry volume. However, a delayed start to the season from cold and wet pre-season growing conditions could pose problems as the California cherry industry, which looks to have a record crop on its hands, is also running late and may end up significantly overlapping with the start of the Northwest deal.

Further complicating matters is the escalating trade war between the US and China – the Northwest’s largest export market over the last several seasons. Problems began at mid-season last year when China implemented retaliatory tariffs in response to increased duties by the U.S. causing Northwest cherry exports to fall by nearly 1.26m cartons from 2017.

“We (still) managed to ship over 1.5m cartons last season but most of that was in June before the duties increased,” noted BJ Thurlby, president of the Northwest Cherry Growers. “This year, we’re approaching China and the tariff situation with ‘fingers crossed’ (and) hoping to ship at least a million cartons. “We’ve a full promotional programme prepared (and) even if these tariffs remain in place, China should remain a viable market for us.”

The Northwest cherry industry will continue to count on South Korea as a viable international destination as shipments rose by 24 per cent last year to 1.2m cartons. Taiwan remains another strong market with imports of 839,500 cartons in 2018.