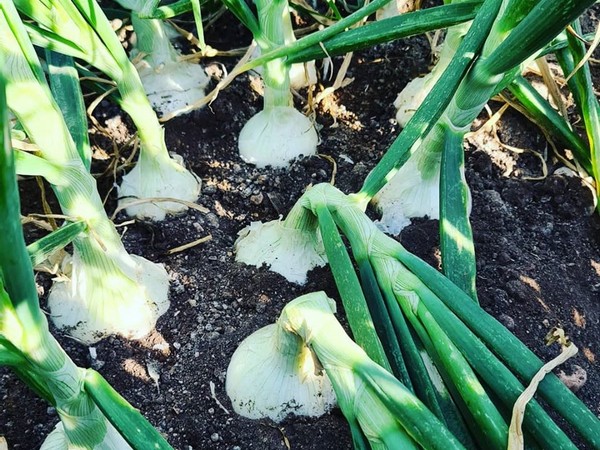 Demand Comes Back In Parts Of The Onion Business

Supplies of onions are strong currently.

Smith says that while volumes are similar to last year, white onions are especially plentiful. “Mexico has a very low market so they’re sending all of the white onions to the U.S. that they can. White onions are a bit oversupplied right now,” says Smith.

Demand meanwhile is interesting, says Smith. “A month ago, we had no idea where we were going to sell these onions because retail was all we had,” he says. “It was steady. And then the restaurant business came back. But it’s not 100 percent back—it’s more like 30-40 percent of the restaurant business coming back.” He adds that other initiatives such as government food boxes are purchasing onions as well. “So, there’s business coming from more angles.”

Average pricing
All of this leaves pricing as mediocre, however. Smith notes that medium and jumbo yellow onions are $9 while white onions are $8-$9 and red onions are $6-$7, depending on size. “When the stores were the only thing going in March and April and coming into May, jumbos were depressed because that’s what foodservice buys,” says Smith. “They were a lot lower than the medium sizes which is what the stores buy. That’s crept up to catch up to the medium at $9.”

Looking ahead, restaurant openings may be the tipping point for onion sales this summer. “June through August, California and New Mexico are pretty much the biggest suppliers and they have a pretty standard amount of volume because they planted not knowing any of this was going to happen,” says Smith. “Demand could be very slow if all you have is the retail and the restaurants with lower demand. If it stays like that, prices will probably stay pretty depressed and the growers will fight for every sale. If restaurants come back full speed, then they could take everything that everyone’s producing and keep it a bit better than it is.”