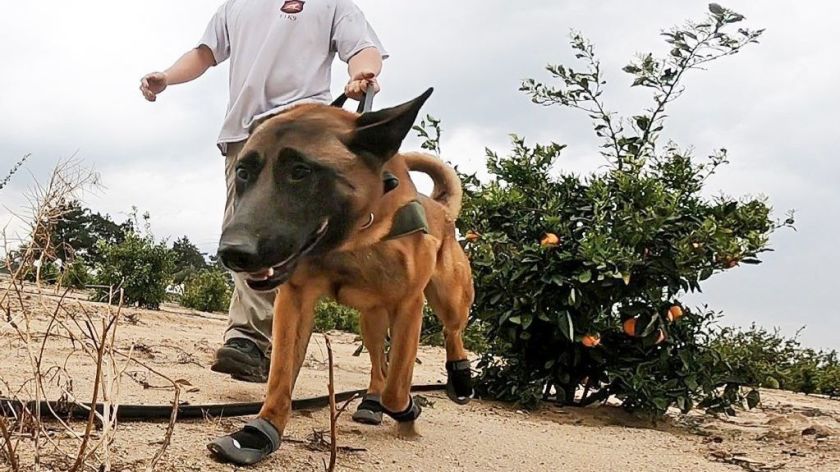 Dogs to Detect Signs of HLB Bacteria in US Citrus Groves

Ventura County farmers have begun removing more than 200 trees after their dogs – used as detector dogs, an early-warning system – alerted them to the presence of the bacteria that cause the deadly citrus disease Huanglongbing.

Huanglongbing  -also known as HLB or citrus greening- has been found in residential citrus trees in Southern California but has not yet been detected in a commercial California grove. The disease has damaged and killed trees in Florida and other citrus-growing regions.

During the summer, the Farm Bureau of Ventura County hired a Florida-based company, F1K9, to bring four of its detector dogs to check some of the county’s citrus farms. The dogs are trained to find HLB bacteria.

“And they found it,” county Farm Bureau CEO John Krist said. “It wasn’t like they hit solid blocks of completely infected trees, but we had them run perimeters because that’s the most likely place that HLB will start when it reaches a grove.”

According to agalert.com¸ the dogs alerted on 211 trees out of 3,500 scouted, Krist said, and the affected trees are being removed.