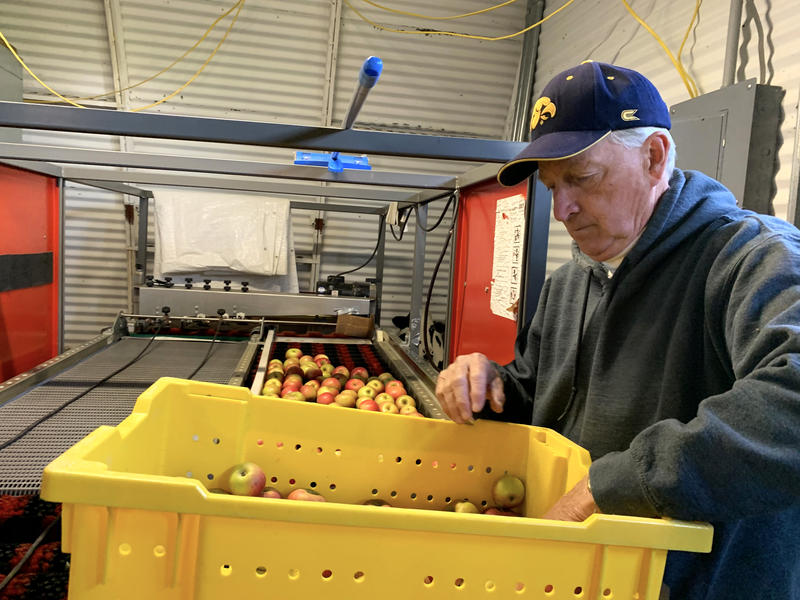 Even Small Apple Farmers in Iowa Feel the Impact of Tariffs

Timeless Prairie Orchard in Winthrop, Iowa, is located between fields of corn and soy as far as the eye can see. Apple farms are few and far between in these parts, but there is one: Dave and Susie Differding’s orchard.

Last season, Dave Differding found himself struggling to sell to regional grocery chains, after years of solid sales. Without those grocery sales, they lost $40,000 last season and expect to lose at least the same this year. Getting to the root of this issue requires zooming out, to look at not only the national apple market, but also at the relationships between the domestic fruit industry and buyers abroad.

As increased tariffs hit American products apple farmers are among those getting hurt. The tariffs come from countries including India and China in response to U.S. tariffs on steel, aluminum and other goods. Today, 60 percent and 70 percent tariffs are imposed on U.S. apples sold to China and India respectively.

The Differdings have never exported their apples. And they don’t plan to. But Jim Bair, CEO and President of the U.S. Apple Association says that doesn’t necessarily preclude farmers from feeling the trickle down impact of tariffs.

“Even if you’re not someone who is directly involved in exporting, you’re still impacted by the prices because those apples that would have been destined for export markets stay in the United States,” Bair says. “They overhang the market and depress prices for everybody.”