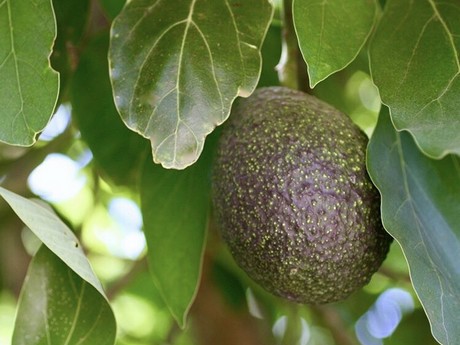 Avocados coming out of California look very slim on volume.

Supplies are tight. Mexico has been losing steam in their shipments and the crop is so small in California that we can’t possibly keep up with the level of demand that’s out there anymore,” says James Shanley of Shanley Farms in Morro Bay, Ca. “When the market tries to lean hard on California, it’s just not possible.”

While Shanley’s own volume sits at roughly 10 to 20 percent of what a normal crop would bring, he also notes that expectations of avocado supplies play a role in this situation as well. “The avocado market has grown to where the expectation for volume for a normal week is 50-60 million lbs. and with the California crop it’s not even going to be 200 million. It gives you an idea of how out of step we are with the total demand in terms of what we can supply here,” says Shanley.

Not surprisingly, California weather factors into the lack of supply. “It’s the primary factor. Last summer there was a devastating heat wave in central and southern California. It didn’t reach as far North as we are here—we were lucky enough to catch a freeze that was very localized. So we have crops that are really below normal to normal,” says Shanley. “And in the south after the bloom happened, there was newly set fruit that saw 100+ degree temperatures for three and four days with wind out of the East. It simply dropped all the fruit and severely stressed the trees.”

Avocado demand still swelling
Meanwhile, demand continues to grow for avocados. “We have more and more super consumers of avocados—the people who eat one piece of fruit or more every day. And most of that is based on the health benefits of avocados that are ever growing,” says Shanley. That said, the lack of supply and solid demand for the fruit could force the market to figure out how much consumers will pay for avocados and whether their shopping habits will be affected. “It could change the dynamics of what the fruit is worth,” says Shanley.

While pricing has already increased, Shanley believes all-time high prices for avocados are about to be set. “The retailers are going to have no choice but to raise their price points some. And the consumer has to make a judgement on buying,” he says. “The price in the wholesale market for avocados is up every day and it’s simply because there aren’t enough pieces of fruit.”

He notes that this kind of shortage is becoming a regular occurrence when Mexico begins tapering its supplies. “There’s typically a shortage in the market which gives us rising prices around this time of year,” he says. “And for no other reason other than labor shortages in California, we can’t harvest more than eight to 10 million lbs. of avocado per week.”