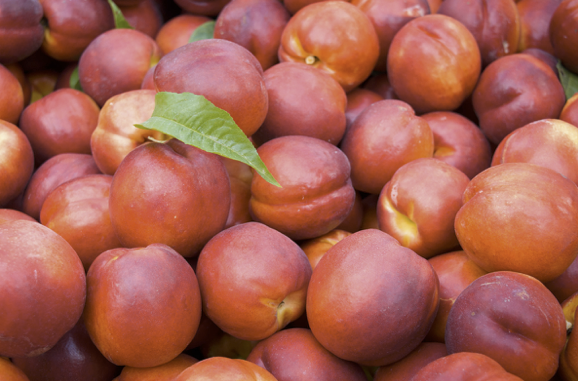 Weather across the country appears to have been favorable so far for this year’s tree fruit crops, with seasons’ arrivals being slightly delayed.

Industry representatives describe their impressions of this season and recommendations for promoting tree fruit at retail.

Valhalla Sales & Marketing Inc., Kingsburg, California, grows 80% of its peaches, plums and nectarines within 60 miles of the Kingsburg area.

For the 2019 season, David Stone, president and CEO of the company, says as of March, everything looks good with no indications of problems, so he’s optimistic.

“We had a great winter with lots of water,” Stone says. “The bloom looks strong and spread out.”

In March, Simonian said the bloom is about two to three weeks later than last season, which is an indication that everything will be later this year.

“We have received a lot of rain so far and the cumulative chilling hours are around 850 at this point (hours below 45° F),” he says. “Chilling hours are important because they lead to a stronger bloom and a good crop set.”

Describing Skylar Rae cherries, Brianna Shales, communications manager for Stemilt, says: “It’s a premium offering to help retailers drive impulse cherry sales and is available from mid-June to mid-July. It’s a bi-colored cherry that is both the firmest and sweetest cherry we grow.”

All of Stemilt’s cherry packs come in a variety of sizes and pack types (including pouch bags, clamshells and new top-seal packs) to help retailers carry items that work for their store needs, as well as for retail pricing, she says.

Washington is where Stemilt grows the bulk of its cherries and summer fruits (peaches, nectarines, apricots).

“We had a mild winter (in Washington) up until February when lots of snow fell,” Shales says. “This is welcome news but could have the potential to cause a later bloom. Time will tell on that!”

Stemilt’s Artisan Organics peaches and nectarines have been 100% certified organic for more than a decade, with their season running late July through September. The company grows a high percentage of its apricots organically as well, with a late-June through July season.

Stemilt grows cherries in multiple regions in Washington for a season that runs from June to September.

“Our late program (mid-August to September) is when our A Half Mile Closer to the Moon cherries come available,” Shales says. “This special brand packages high-quality cherries that were grown 2,640 feet above sea level and higher —  literally a half mile towards the moon.”

“Right now, we appear to have a full crop of peach flower buds that appear to be on schedule to open in early to mid-April,” Frecon says. “This is very good, with lots of moisture and cold but not temperatures low enough to damage any peach buds.”

“During summer, location and promotion are key to moving products,” he says, about July being the peak of the season with plenty of peaches, plums and nectarines available for promotion. “Big displays up front are key; price point is key.”

Simonian of Simonian Fruit Co. suggests promoting stone fruit as a grilling companion in cross-promotions with corn and produce and other items for the grilling season.

Pegi Adam, marketing consultant for the New Jersey Peach Council, says the group typically promotes New Jersey peaches directly to consumers, and when possible, works with supermarket nutritionists to do tastings and have them talk about the nutritional value and low calories of the fruit.

“We are experimenting with alternate ways to prepare peach dishes, which will be sent to supermarket nutritionists and farmers markets as flyers on what all you can do with peaches,” Adam says.

Consumers also are seeking treats with lower sugar and sodium, she says. “We promote peaches as fulfilling both these.”

Shales of Stemilt says frequent ads are a must —  given the seasonality of cherries and stone fruit.

“Generally, we see the first cherry ad on California cherries for Memorial Day, although the crop volume and timing dictates that,” she says.

Fourth of July also is a big promotional week for cherries that lines up well with Stemilt’s Washington crops, Shales says.

“July is a month where retailers can run several ads in a row, before slowing promotions to in-store offerings as volumes start to dwindle,” she says. “But the most important thing for retailers when it comes to cherries is to not miss a week —  and update ads and merchandising strategies along with the crop realities.”

Promoting quality and flavor is always a great strategy, Shales adds, “as it delivers a great consumer experience, which leads to repeat purchases and that’s where retailers win!”

Cherries also can be promoted as beneficial for those who suffer from arthritis/gout because of their anti-inflammatory properties and high antioxidant concentration, she says.

“For plums, you want to promote three or four colors; peaches and nectarines, promote both white and yellow-flesh varieties,” he says.

Some retailers even do secondary displays for stone fruit near the registers to catch the impulse buyers, Simonian says.

Adam of the New Jersey Peach Council says locally grown displays, such as those that play up “Jersey Grown” or “Jersey Fresh,” appeal to regional shoppers.

Cross-promotion displays for peaches can include vanilla ice cream; angel food cake/pound cake for a great dessert; plain yogurt with fresh sliced or pureed peaches mixed in (as opposed to commercially flavored “peach” yogurt with too much sugar, sodium); sliced and sautéed peaches accompanying pork roast/chops; or peaches in green salad instead of tomatoes, Adam says.

Cherries are an impulse purchase, so dedicating lots of display size to these fruits is important, says Shales of Stemilt.

“We’ve also seen success for retailers who use secondary locations to feature cherries,” she says. “We even have a display for Skylar Rae cherries that can go at check stands to further drive awareness and impulse sales of this cherry.”

Finally, Shales says retailers shouldn’t be afraid to get creative with their cherry and stone fruit displays.

“Greens, like arugula, could be a fun tie-in and would work with refrigerated displays,” she says. “There are also fresh cheeses, like chevre, that go great with both fruits. Of course, cherries and chocolate are always a hit!”