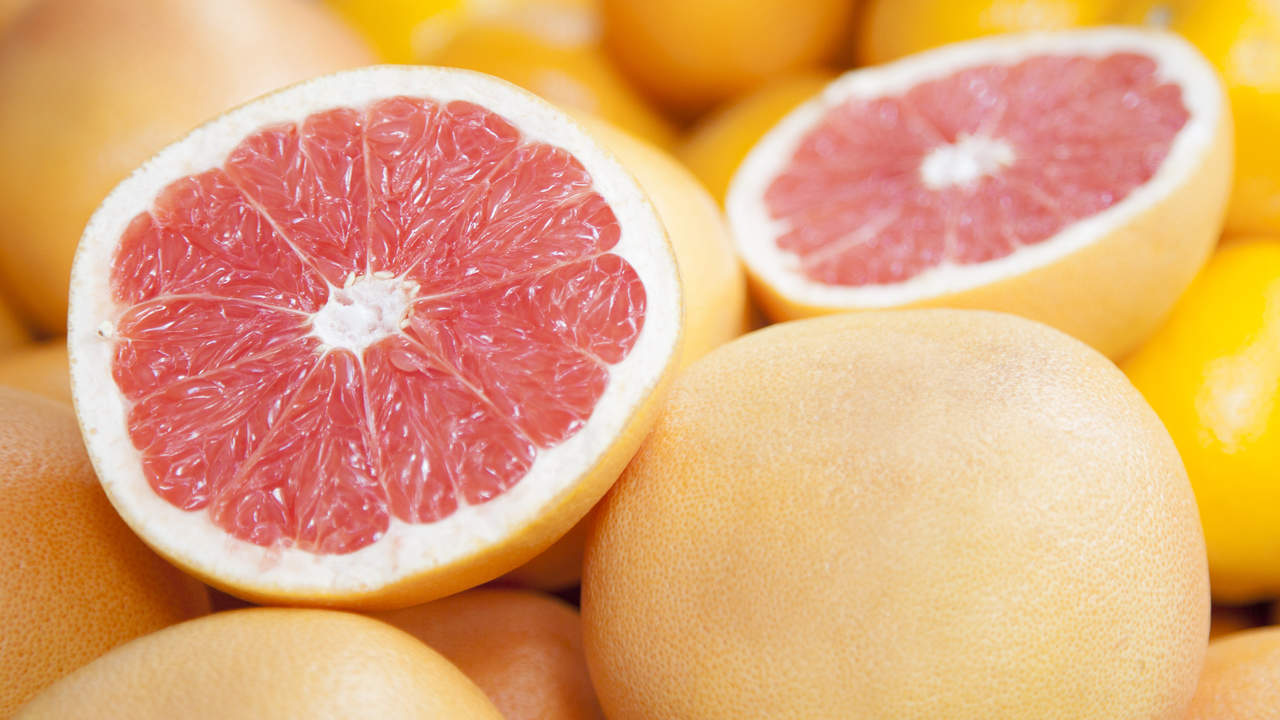 Florida grapefruit, which is considered the best of its kind in many countries, is still available. Globally, however, traders lament that the total production volume is gradually falling each year, mostly as a result of citrus greening and the weather conditions. Most of the grapefruit currently on the market comes from Israel, Turkey and Spain, where the acreage is expanding.

Even now that the Florida grapefruit season is about to end, there is still product available. “Just like around this time last year, the supply is relatively large. This year, we are even managing to continue a few weeks longer. The only issue is that the sizes have been a bit disappointing,” says a trader. Currently, all growing areas in Florida are in production. In the domestic market, the biggest competitor is Texas. Internationally, this role is played by Turkey and Israel.

The large supply is accompanied by a high demand, both on the domestic and on the export market. “The export period is as good as finished, so more grapefruit is now being sold in the domestic market. This could lead to growing price pressure in the coming weeks.” The trader adds that “so far, the sector has managed to maintain a good balance between supply and demand in the markets.” The fact that things are going well in the grapefruit market is welcome news, since consumption is falling.

Citrus greening is a challenging threat for the sector. “Because of this disease, it is difficult to grow a profitable crop. We spend twice as much on protective equipment and have to do with half of the volumes. There have been some developments, but there is no real solution yet. New, more resistant varieties should soon be available; nevertheless, many growers refuse to plant them before they prove to be reliable.” The list includes the varieties Summer Gold, Foster Pink and Pummelette. The Israeli grapefruit season had a difficult start, with strong competition from South Africa. The South Africans exported so much grapefruit that China and Europe stopped importing Israeli products. In Israel, the cold stores were full and the prices dropped to 16 USD for a 15 kg box. Israeli growers even doubted whether they should harvest their fruit or wait for prices to increase.

In early 2019, the South African grapefruit export season came to an end. Since then, the demand for Israeli products has increased. In addition to Europe and China, the fruit is mainly exported to Hong Kong and Singapore. Prices oscillate between 22 and 23 USD for a 15 kg box. The most popular Israeli variety is the Sunrise grapefruit, which accounts for 30 – 35% of total exports. The season is expected to last at least until the end of April with a run-out to the end of May.

So far, 65% of the total Spanish production has been harvested. This means the peak of the season is over. Production is about 20% lower than last year, but this has caused prices to rise less than expected. The sizes are smaller this year because of the lack of rainfall. Competition from Turkey is also stronger this year, especially in Eastern European countries. According to a trader, Turkey is trying to extend the grapefruit season and it is becoming increasingly difficult to keep prices high.

The most cultivated variety in Spain is the Star Ruby, along with other red varieties. White varieties are becoming increasingly rare and are now difficult to find. As soon as the Spanish season is over, most traders switch to imports from South Africa.

Florida grapefruit is still known in the European import sector as ‘top of the bill’. The big problem is that the supply is becoming increasingly limited. While the State was still able to supply 60 million boxes of grapefruit more than 20 years ago, last year the total volume stood at 3.5 million boxes. Citrus greening has left its mark in the past few years, but last year growers have also suffered from the aftermath of Hurricane Irma, which means that hardly any large sizes have been shipped to Europe.

At the moment, there is still some supply of Florida grapefruit. The last arrivals are expected In week 12. Prices for sizes 48/56 amount to around 23 to 27 Euro for the Star Ruby variety, while the price of the Ruby Red is about one Euro lower. For the white variety, the price amounts to 22.50 / 23.50 Euro (15 kg). According to importers, sales are going well and they have even recorded a boost this week. For next year, growers hope there will be more large sizes available, as these are eagerly demanded in Eastern Europe.

Within Europe, France is the largest buyer of Florida grapefruit, followed closely by the Netherlands, Belgium and the Scandinavian countries. Besides Florida, there is currently some supply of grapefruit from the Mediterranean production countries, such as Spain and Turkey. The Spanish supply in particular is on the rise. There is a large enough supply from those countries available, which results in prices standing at 10-12 Euro per 15 kilos.

There is a slight shortage on the French market. “There is almost no Turkish production on the market anymore, but there is still some Spanish, Israeli and Florida grapefruit,” says a trader. The price differences between those origins are great. “The price for Spanish grapefruit, for example, ranges between € 10 and € 11 for a box with 48 pieces. Israeli grapefruit is a lot more expensive and is sold for about € 16. Florida tops the ranking, with a price of € 25.44 per box. “Both supermarkets and consumers are willing to pay a higher price for the Florida grapefruit. It remains the best grapefruit in the world and in a gastronomic country like France, taste is extremely important. Even small children find it tasty.”

The trader laments the annual decline in the production volume of Florida grapefruit. “The trees are suffering the impact of diseases and the climatic conditions. When I started in the citrus business 18 years ago, there were 10 exporters of Florida grapefruit. Now there are only 3. Due to the declining production, the volumes on the French market have also declined sharply. More than half of the grapefruit that is currently available in France comes from other origins and is not as tasty, so consumption is falling. Consumers won’t buy that grapefruit a second time.”

Grapefruit is not a big product on the Italian wholesale markets. It does better in retail and hospitality. A wholesaler also says that there is no strong demand for grapefruit from his customers. “For us it is only a small product. The fruit is imported from Spain, Israel, Turkey, Cyprus, South Africa and Florida. There are also small growing areas in Sicily. In recent years, Turkey and Cyprus have taken a growing share of the Italian market.” The wholesaler says that grapefruit is widely used in the catering industry for juices.

Pink grapefruit has become increasingly important in recent years, compared to traditional grapefruit. “In the summer, we import it from South Africa and Florida, despite the fact that the American fruit sometimes shows irregularities on the skin. I recently sold top quality Spanish grapefruit, nicely packaged, for € 1 per kilo. Normally, the prices around this period are lower.”

There is not a lot of grapefruit available on the Chinese market. At the moment, the supply is low, which results in a higher price. China is currently importing mainly from Egypt, Spain and Israel. New batches are expected to arrive from April, which will ultimately bring the price down somewhat. Furthermore, the Chinese pomelo season is over. Due to the disappointing sizes this season, the export was more difficult. Most importing countries prefer small pomelos, but the ones grown this year were mostly large. Due to the favorable weather conditions, the pomelos were larger than expected.

So far, the German grapefruit market has been going through an unstable season: The supply from Florida left much to be desired this year, partly due to the small harvest and strong demand from the domestic and Canadian markets. The price for export goods reached a record high around the Christmas period, after which the prices fell slightly. At present, Turkey and Spain dominate the German market, mainly with the Ruby Red variety. Despite the moderate harvest in Turkey, grapefruit sales on the Western European market are developing as expected, according to a trader.

Organic grapefruit is also sold relatively quickly on the German market. In this segment, the supply currently comes mainly from Greece. The price for Greek organic grapefruit has stabilized somewhat in recent years; however, specialized importers are also keeping an eye on Israel, which focuses heavily on sweeter varieties (Sweet), instead of the bitter Greek varieties. The advantage, however, is that the Israelis market their products mainly around Christmas, while the Greeks deliver the biggest volumes later in the season.

It’s very early in the South African grapefruit season, with no harvesting yet. In the very north of the country producers could start in about two weeks. The national estimate will be discussed coming Tuesday at the biannual citrus summit. Producers in the far north have noted that size looks better, closer to market requirements and the hopeful expectation of a smoother overlap between the Northern and Southern Hemisphere. The earliest South African grapefruit arrive on market by approximately mid-April.

“We hope that supply from the Northern Hemisphere doesn’t run out before we reach the market because then you have to buy back shelf space,” one trader said. There are already shaddock (locally called pompelmoes) available, a niche fruit for local consumption.