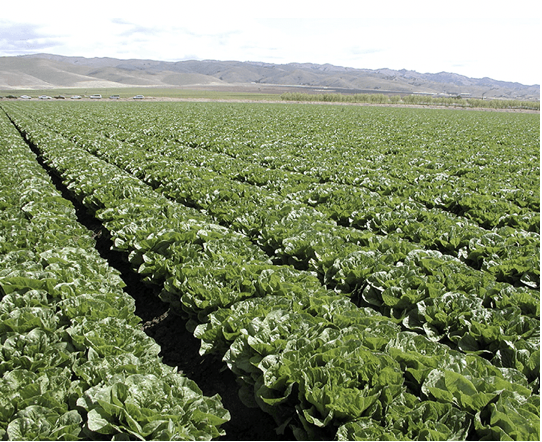 Henry Gonzales, agricultural commissioner for Monterey County, the nation’s “salad bowl,” which includes Salinas, oversees its $4.4 billion agriculture industry. Growers, Gonzales said, are taking drastic measures to address the continued labor shortage — one of the biggest issues, Gonzales added. They are increasingly turning to the H-2A program to find workers, and taking housing into their own hands to supply workers with affordable places to live. Measures include renting whole hotels for a season to house their workers, while others have built hundreds of housing units — replete with laundry rooms and soccer fields, he said. Other growers have bought apartment complexes. “Because of the crops we grow — the spring crops and berries — there’s so much hand labor, you have to have farm workers, and if you have to have workers, you have to have housing,” he said.

He will also be looking to see whether romaine lettuce acreage dropped for the 2018 fall crop, which could suggest growers reacted to the 2018 romaine-related E. coli outbreaks with fewer plantings. Romaine accounts for about 60% of the county’s leaf lettuce category, Gonzales said, which, with a value of $830 million in 2017, was the county’s most valuable crop. “Growers may look to grow other crops than romaine,” he said. “But when they do that, it impacts other crops as well.”

[Growers of] red and green leaf lettuce, romaine lettuce, cauliflower, and broccolini, among other crops, are feeling a ripple effect from last year’s multistate E. coli outbreaks and subsequent recalls.

Some Customers demand that the produce be tested by laboratories against contamination. Growers say they are also noticing more governmental inspectors, and growers have taken measures to protect the fields from potential outside factors, including installing 13-foot fences and hiring guards to walk around the crops at night.

The California Department of Food and Agriculture announced in February that they would begin on-farm inspections at large farms — those with $500,000 or more in sales — starting in April under guidelines going into effect this year to validate compliance with the Produce Safety Rule of the federal Food Safety Modernization Act.