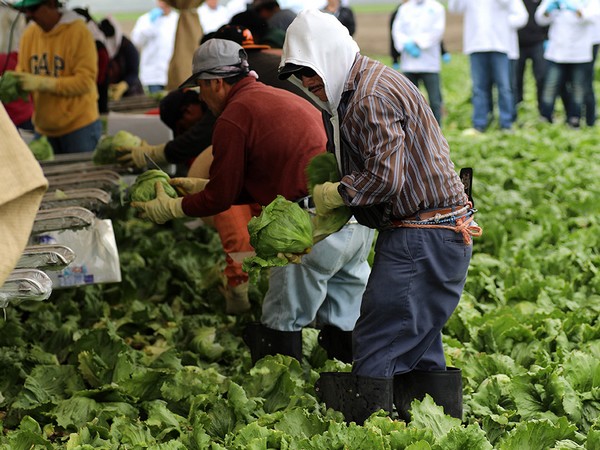 While general industry supplies of iceberg lettuce are ample, humidity and high temperatures are having an effect on the leafy green. Mark Shaw, VP of Operations for Markon says that the abnormal humidity and persistently high temperatures have caused varying levels of internal burn, growth crack, seeder and salt and pepper that must be trimmed. In turn, this is reducing commodity head size and processor yields. “Mildew and thrip damage are also prevalent due to persistently warm soil temperatures coupled with high humidity,” says Shaw.

Those climate forces of nature continue to be a source of stress for growers. “Water is a huge concern in Western North America. The current drought is taking its toll on the amount of irrigation water available in California’s San Joaquin Valley, as well as the Arizona and California winter vegetable growing districts,” says Shaw.

Currently, the majority of harvesting is taking place in the Salinas Valley with supplements coming from Santa Maria, California. “The summer production areas on the East Coast and Midwest are winding down, pushing further demand to California. Local deals were happening across the U.S. and Canada all summer, but they are largely ending this month,” says Shaw. Harvests will be focused in the Salinas Valley until late October/early November when industry production shifts to Imperial Valley, California and Yuma, Arizona for the winter. 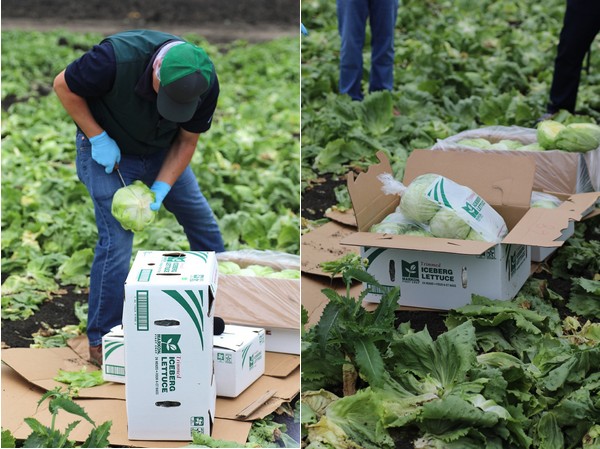 Higher iceberg demand
In turn, these season-long issues have helped strengthen demand, particularly in Salinas Valley. “Although there are ample supplies being harvested in California, the additional orders that were being filled by East Coast and Midwest supplies are coming to an end and shifting that demand to Salinas and Santa Maria,” says Shaw.

Iceberg also seems to be drafting off of that general strengthening demand for fresh produce. “The two major trends right now are wellness (healthy diners looking for ingredients that carry a health halo) and comfort foods (where things like burgers are a popular indulgence). These trends will keep consumption climbing along with all of the lettuce categories,” says Shaw.

Market crept up
Not surprisingly, prices are higher than a year ago, a time when volume/head weights were also higher and growers weren’t fighting climate issues such as the heat, humidity and multiple soil-borne diseases like they have this year. “The market has been steadily creeping up through August due to the elevated temperatures and quality disruptors like INSV and Sclerotia,” says Shaw. “Although growers can cut away some of these damaged leaves, it lowers head weights.” (Although overall industry iceberg lettuce head weights have fallen, Shaw says that Markon First Crop Premium Iceberg weights have consistently remained three to seven pounds heavier on average than packer labels.)

So for now, iceberg prices look to be plateauing though they are expected to remain elevated until early November when production begins in Yuma, Arizona for fall and winter.

Meanwhile, growers continue to contend with the labor challenges that have persisted since the pandemic and are expected to remain a major issue in the produce, as well as all other industries. “Our grower/partners are using innovation to create solutions, whether it be advanced harvesting machines, robotics or more traditional harvesting approaches. It remains a pain point for everyone,” says Shaw.