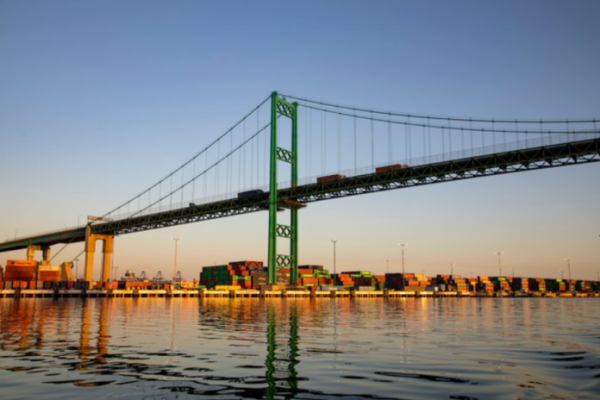 Automation seems to have a particularly positive impact on the future of US West Coast ports, in terms of both competitiveness and development, according to research by Dr. Michael Nacht, Professor of Public Policy at the University of California, Berkeley, and former Assistant Secretary of Defense, and Larry Henry, Founder of ContainerTrac, Inc.

The study found that automation at two of the 13 container terminals in the ports of Los Angeles and Long Beach, the largest ones in the United States, benefits trade, the environment, and workers, providing opportunities for more jobs.

According to the findings of the study, jobs increased in ports due to the higher efficiency of automation. From 2015, the last year before the transition to automated operations, until 2021, International Longshore and Warehouse Union (ILWU) paid hours at the two automated terminals increased by 31.5%, a much higher percentage than the 13.9% increase in non-automated terminals.

ILWU’s registered workforce in Los Angeles and Long Beach grew by 11.2%, compared to 8.4% for the other 27 West Coast ports.

However, the specific conclusions do not find the ILWU in agreement, with Frank Ponce De Leon, a representative of the union, giving an immediate response through a series of tweets.

As he said, the report serves its own interests, while it offends the employees who have lost their jobs due to the machines, mentioning, however, that he has not yet had time to examine the report except for the relevant press release.

In terms of trade, the study by Dr. Nacht and Henry showed that from 2019, automated terminals process containers significantly faster than conventional terminals. In particular, TEU supply per acre is 44% higher than in non-automated terminals, according to the report, as “autonomous vehicles and cranes stack containers higher, closer to each other and more efficiently for transport on trains and trucks”.

Ponce De Leon has downplayed the above finding, emphasising that the volume of containers has increased in automated terminals, but this was done at the expense of other terminals that have seen a noteworthy drop in the box volumes.

It is important to highlight that these findings come from an analysis of new public and previously unpublished data, which was commissioned by the Pacific Maritime Association during the Covid-19 pandemic, when a surge of Asian imports exposed severe deficiencies in the US supply chain.