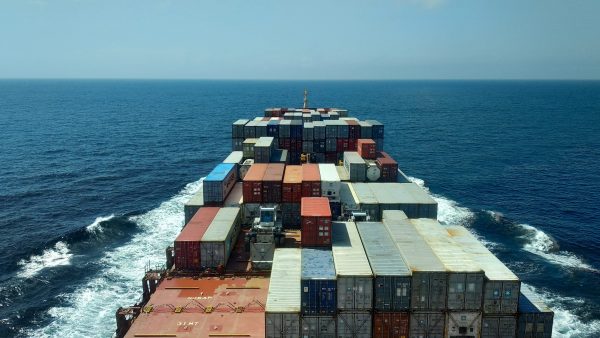 This legislation empowers the Federal Maritime Commission to broadly regulate ocean shipping and ensure the timely delivery of perishable goods at all levels of the fresh produce supply chain. At a time of rising costs and high inflation, we applaud the passage of the Act and relief it will ultimately bring.”

U.S. Apple President and CEO Jim Bair attended a signing ceremony at the White House for the Act. Apple leaders from across the U.S. have long advocated for an overhaul of ocean shipping laws to help clear port blockages and prevent foreign ocean carriers from leaving U.S. ports with empty containers rather than taking on U.S. export cargo.

“There haven’t been many export victories for apple growers during the past four years between the ongoing trade wars, the resulting retaliatory tariffs and our lost markets, so it was gratifying to see President Biden sign the Act into law,” said USApple President and CEO Jim Bair.

The Ocean Shipping Reform Act, passed unanimously by the Senate and with a large bipartisan majority in the House, is the first time since 1998 that Congress has passed legislation to overhaul ocean shipping laws. The bill mandates the Federal Maritime Commission to complete rulemaking defining unreasonable refusal of U.S. exports. According to USApple, the bill’s language isn’t as tough as groups representing agriculture shippers would have liked. While work remains to ensure the act’s implementation brings the needed changes, the association says it is a step in the right direction.

“Congress has been spending a lot of time fighting, as we see in the daily news, so it’s heartening to see them come together and do something positive for U.S. agricultural exports,” said Bair. “Work remains to be done, but if this calms the headwinds even a little, our growers will benefit.”