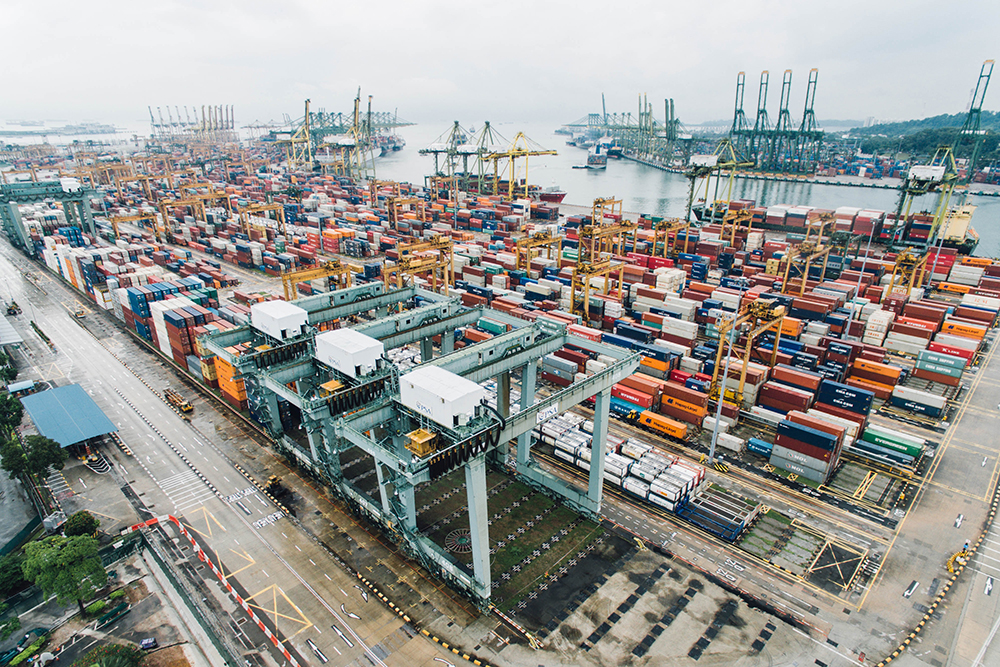 It’s Not Just Farmers—U.S. Exports May Never Recover From the Trade War

The Trump administration’s trade war is ravaging exports to China across the U.S. and well beyond the farm belt, new data from the U.S. Commerce Department show.

More than 30 states stretching from Florida to Alaska suffered double-digit drops in merchandise exports to China through September of this year. Sales to the Asian nation fell 39% in Texas, where oil and gas products comprise the largest export to that country.

In Alabama, which touts its status as the No. 3 auto-exporting state in the U.S., total shipments to China plunged 49% in the first nine months. Florida’s merchandise sales to the country slumped 40% in the period, while West Virginia and Wisconsin each saw drops of about 25%. Product exports to China from the U.S. as a whole dropped 15% to $78.8 billion.

“Chinese demand for imports overall has been weak,” said Brad Setser, senior fellow for international economics at the Council on Foreign Relations. The recovery time for various U.S. products will depend on the nature of the trade deal, he said.

“In some cases, U.S. exports will never recover,” he added.

Washington state, home of Boeing’s industrial base, saw total Chinese merchandise exports fall 45% through the third quarter amid the grounding of the 737 Max, the company’s best-selling jet.

China has struck back in the trade war by imposing duties on about $135 billion of U.S. goods, targeting everything from farming products like soybeans and pork to motorcycles, cosmetics and wigs. With talks underway for a phase-one deal, Beijing has re-upped its demands for the removal of tariffs the U.S. has put on $360 billion of Chinese imports.

Meanwhile, a new report says China’s retaliatory tariffs on U.S. goods likely cost the GOP five House seats in the mid-term 2018 elections, a possible warning sign ahead of next year’s presidential vote. The study didn’t identify the candidates, but it pointed to agricultural tariffs as driving the losses.

The trade war, coupled with cuts to health care, “appear to have hurt Republican candidates where swing voters matter most,” said the analysis released this month by the National Bureau of Economic Research.

If tariffs remain and companies reduce jobs or wage growth slows due to declining exports, “there’s room for stronger effects on workers and on how they vote” in the 2020 elections, said Emily Blanchard, an economics professor at Dartmouth’s Tuck School of Business and an author of the study.

That’s not happening yet, said Ahmad Ijaz, an economist at the University of Alabama’s Center for Business and Economic Research.

“Although exports to China have fallen sharply in 2019, it hasn’t had any significant impact on payrolls so far,” he said, adding that vehicle manufacturers are hiring workers and some lost sales to China are being offset by gains in other places, particularly Europe.

Exports to China support more than a million U.S. jobs, according to the U.S.-China Business Council, which represents American companies doing business in China.

Amid the Chinese export carnage are a few bright spots. Buyers are still snapping up semiconductors made in Oregon, primarily by Intel Corp. which operates one of its biggest manufacturing plants in the state. Oregon’s total exports to China surged 65% in the nine months, according to the data. Only about a third of the state’s products are impacted by the proposed tariffs, according to Business Oregon spokesman Nathan Buehler, who said semiconductors for the most part are exempt.

Similarly, South Carolina’s sales to China jumped 30% through September, partly on airplane exports. Some Boeing Co. 787 Dreamliner planes are made in the state and about 17% of those aircraft to date have been sold to China. The Chinese were set to buy 100 more Boeing wide-body jets, including the 787 and 777X, but the deal has stalled on trade uncertainties.

Indeed, neither South Carolina nor Oregon officials are complacent about the future of their Chinese exports. “It’s the uncertainty that provides so much concern,” Buehler said, noting that potential new tariffs are an obstacle for existing exporters and a barrier for companies weighing the costs of entry. “There’s lots of angst.”