Kicking Off Fall Onion Season In The Northwest

Syracuse, Utah-based Onions 52 has officially kicked off its fall onion season in Washington state and Utah. With demand for new crop onions exceedingly high, it has been a busy start to the season.

“Harvest is in full swing in Washington state and we will begin storing onions in early September for our robust storage season. Storage onions have a significantly lower water content than summer onions, making them easier to store in climate-controlled sheds from early fall until the following spring. It is not unlikely for September-harvested onions to ship to stores late into May and even early June,” said director of marketing Falon Brawley. 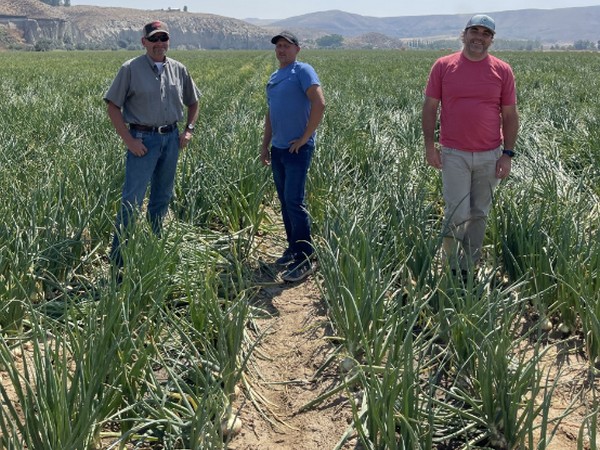 The Onions 52 team out in the field.

“We are a one-stop onion shop with a plethora of options for retail packs, private labeling, foodservice offerings and everything in between for all color onions,” said Shawn Hartley, owner/VP of sales. “We are encouraged with the crop in the Northwest, including Idaho/Eastern Oregon. It has been a crazy start to the growing season in all areas.”

“Partner sheds in Eastern Oregon will start harvesting in late August and early September,” said Tiffany Cruickshank from the newly established Vale, Oregon office. “The crop looks variable due to a dry, cold and windy spring coupled with multiple heat waves during the growing season. Some fields have certainly fared better than others. We are hopeful the growing conditions will allow the onions to put on a bit more size before harvest takes off.” 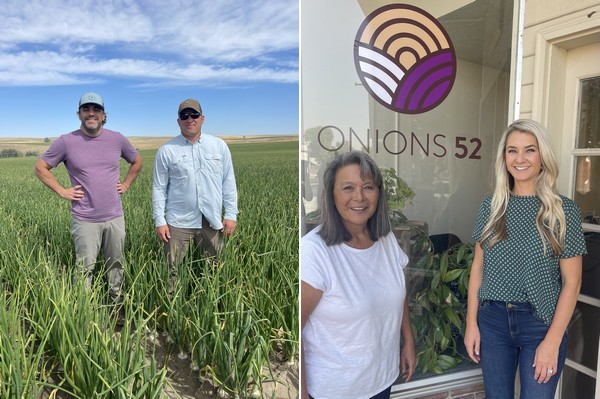 More of the Onions 52 team.