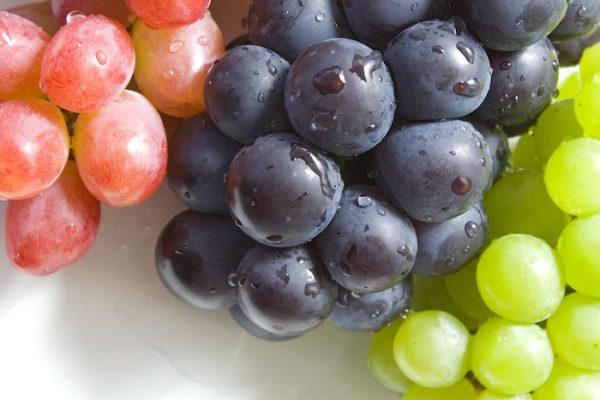 Table grape season is now over, ranking as one of the most difficult seasons ever recorded in Mexico’s history. The current logistical crisis caused the quality of the grapes to be affected and prices to fall.

The Local Agricultural Association of Table Grape Producers of Mexico (AALPUM) explains that shipping delays caused damage to the sector, with a drop in the quality of black and red grapes and a decrease in prices of up to 30% compared to the previous season.

Juan Alberto Laborin, general director of the association, told Fresh Fruit Portal that “we had an accumulation of black grapes from Chile and Peru because the ships, ports and fumigation chambers were saturated. Therefore, we started with a season full of a lot of fruit. There was an impressive market saturation, with products that were late and of poor quality, for example, in Long Beach port (USA) we spent days waiting to unload the ships”.

Laborin explains that the scenario was very complicated because the table grape harvest started late. The only grapes that had a good size were the white grapes, but the Flame grapes experienced losses, which hindered the projections for the season.

In addition to the above, there was also an increase in freight rates, diesel and new routes for Mexican drivers, who are scheduled to drive only a certain number of hours according to the logbooks. These conditions increased the value of freight and generated a shortage of drivers for the Mexican industry.

To reverse the scenario, AALPUM’s new strategies aimed to modernize the color and quality of the fruit. In March of each year, the entity negotiates prices, which can occur weekly with wholesale (retail) chains. “If the open market is high or low, we make adjustments. We have evolved favorably with the chains to make these types of transactions,” commented Laborin.

The 2022 campaign ended at 22 million 18 pounds boxes of grapes, which meant that it remained the same as the previous season. Laborin details that the industry faced a very difficult season and although there are producers with the financial capacity to rethink varieties, it will be complicated due to the logistical scenario and the inflation affecting the country.

With exports to more than 20 countries around the world, mainly to the US and Canada, last year Mexico exported table grapes to South Korea and is growing in Japan and the Philippines. However, there were complications in shipments to Taiwan and Thailand, where political problems prevented the fruit from entering the country.

In terms of challenges, globalization has caused Peru to go from exporting 3 million boxes to 60 million and Chile will take a large part of the market. The general director of AALPUM indicates that “we are making commercial attempts in other states to have grapes all year round. All the other areas of the world are looking at how to go out earlier or lengthen the harvest”.

The varietal issue is changing around the world, for example, late varieties that did not occur in Chile and Mexico are now occurring. “Late varieties are affecting everyone. Chile and India are generating new varieties and lengthening their cycle, China is creating earlier varieties. The global market is more competitive, so we have to look for cheaper costs to do the same,” Laborin said.

Mexico buys varieties from Chile and Spain to test them and learn from the adaptation of the fruit. Laborin says that Mexico did not have the capacity to create a genetics center and develop its own varieties as Brazil or the US did, so they buy the varieties that are expensive and pay royalties between USD 12 and USD 13 million a year to geneticists.