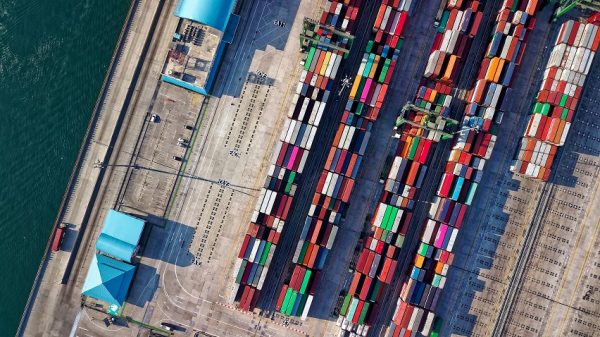 Table grape growers from Chile had hoped to wash away the bad memories of the 2020-21 season and damages associated with weather on that year’s crop,. But now in full swing, Chile’s table grape season harvest has looked better, but supply chain logistics have dashed hopes of a successful recovery.

The 2020-21 harvest season suffered from rain and the ongoing effects of the Covid-19 pandemic. Estimates at the time put the losses to growers due to rains in the Chilean summer of 2021 at around US $150 million.

EXPECTATIONS FOR A RECOVERY

But there was hope that this season would see a recovery. According to projection figures from Asoex released before the start of the season, the harvest should rise by 29 percent over the previous year. Asoex President Ronald Bown said at the time that production should hit around 84.9 million boxes of 8.3 kg.

“Our estimate, as well as the results of previous seasons, clearly show that the Chilean table grape industry is betting on producing new varieties, which have a better reception in the destination markets and allow improving the competitiveness of the national sector,” Bown said.

Carolina Cruz, President of UVANOVA told the Grape Reporter that “this has been very difficult for table grape growers because the increase in prices for sea shipping and transport has many consequences”.

According to Cruz, the cost increase from shipping has combined with delays and the amount of fruit that can be moved. Now she says that storage facilities are full of grapes, further complicating the season’s results.

“We are worried about what could happen with the season because there are many factors coming into play. Adding to the problems that we already have from the drought, logistics have been added on, that will define the results in sales, in prices, both of which will be affected”, Cruz said.

Ignacio Bolumburu, commercial manager for grapes and cherries marketer  IFG finds himself in a similar position.

“The delays in the shipments have meant that the fruit arrives later, and arrives in worse condition. There is lots of wait time. They are talking about 15 days of delay and it can be even more, and without fail that impacts the condition of the fruit”, Bolumburu said.

Production costs have also been higher. Traditional varieties like Thompson Seedless have been more expensive to produce, which Bolumburu says will also impact the season’s results.

“This is the third season with problems, it started with Covid, which generated a huge problem in all the markets, then it was the rains. We need a normal season but it has not been that due to the logistical issues. This means losses. The results of the past seasons have been bad,” Bolumburu concluded.

Heading into the season, an early exit of California fruit helped build expectations that the conditions would help improve returns for Chilean growers. This factor opened an attractive window for Sothern Hemisphere table grape growers.

Peru certainly was able to benefit from these market conditions, even with the logistical bottlenecks projected for this year. However following Russia’s invasion of Ukraine, the supply chain was further disrupted.

“The U.S. market is reacting very attractively, prices in the US are between 30% and 60% higher than at the same time last year,” said  Manuel José Alcaíno, president of Chile-based marketing intelligence company Decofrut.

But in March, it had become clear that this was affecting the availability of shipping lines, and Asoex and other entities in Chile have called for help in alleviating this situation. It’s a scenario that is not just affecting Chile, but nearly all counterseason suppliers from the Southern Hemisphere.