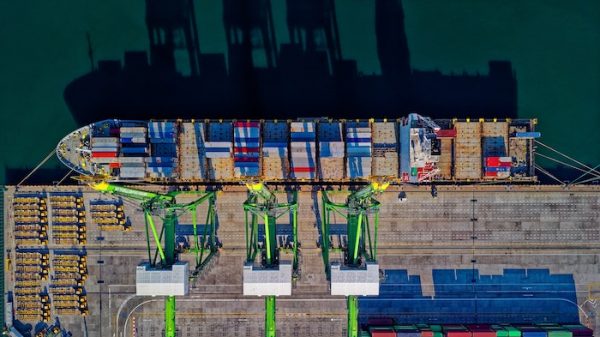 Maersk Warns Of Slowdown On The Horizon

Danish shipping group AP Møller-Maersk anticipates “a slowdown in the second half, a normalization”, according to its chief executive Søren Skou, The Financial Times reports. This comes despite the highest profits of $19.3 billion (+55 percent) made in its 114-year history, in the first quarter.

“The visibility is quite low. Mainly we see risks building up in the economy, in China with the Covid-19 policy, where they use these very hard lockdowns, some downgrades due to a very high oil price,” he told the publication.

The leader in global trade lowered its growth forecast to a possible small decline, but upgraded its underlying operating profit forecast for this year from $19 billion (February 2022 estimate) to $24 billion.

Skou explained this estimation as a result of a “sharp decline” in freight rates in the second quarter, in contrast to record high prices and demand cited last year, meaning “we have quite some ability to weather a bit of a storm”.

The executive also countered critics who have questioned the shipping industry’s earnings, saying that regulators around the globe had investigated the container shipping industry, but found high profits were due to supply and demand dynamics. He expects more such probes in the future.

He mentioned that, although “too early to tell”, some economists expect a possible recession in the U.S. at the end of this year. “We clearly see inflation, and I don’t think it’s temporary”.

Declines in both Chinese export orders and trust in European and U.S. consumers and businesses “suggest we will see less growth […] into next year”, he said.

Skou added, “what everyone fears is that you get a big spread of Omicron that forces China to shut factories. We don’t see it yet.”

Maersk also lost $718 million after Russia’s invasion of Ukraine, as it was forced to abandon 20,000 containers in Russia and exit logistics and port terminals last month.