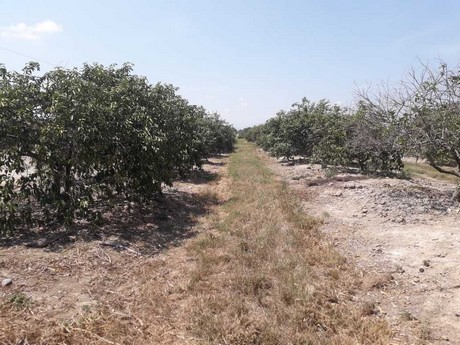 Lime supplies are being threatened by a devastating drought in the growing regions in Mexico. The persistent dryness means that growers are unable to harvest viable fruit, with a large portion of the crop being discarded.

“Mexico is experiencing a drought that is lasting longer than most people have expected,” said Bryanna Sanders of Maglio Companies. “We work with a supplier based in Monterey and they are reporting that the drought is causing long term damage to the trees and subsequent lime supply. Currently, 70 percent of the harvest is being dumped because the limes are damaged and turning brown.”

Wells are running dry
It is being reported that very few growers have wells, and even these have already run dry. The trees are suffering stress which could lead to longer-term effects in the future. Sanders said that even if rain were to fall in the near future, it won’t improve the situation immediately, meaning the drought will have a lasting effect.

“The lime trees in Mexico are in desperate need of rain and as a result, they are becoming stressed,” she said. “Of all the growers, only three percent of them have water wells that they use in case of emergencies like this one. However those wells have now dried up as well.”

Larger sizes very scarce
Not surprisingly, the market has reacted and prices are climbing. Additionally, the old crop is winding down and it will be several weeks before the new crop is able to maintain more steady volumes. Prices are in the mid $30s and approaching $40. Additionally, growers say there is practically no larger sizes remaining.

“As of now, there is no large fruit available and the 110 counts, 150s, 175s, and even the 200s will start to get tight as the weeks go on,” Sanders observed. “Because supply is getting tighter, prices are starting to become unstable. The soaring prices from Mexico are making it hard for the United States prices to keep up with.”