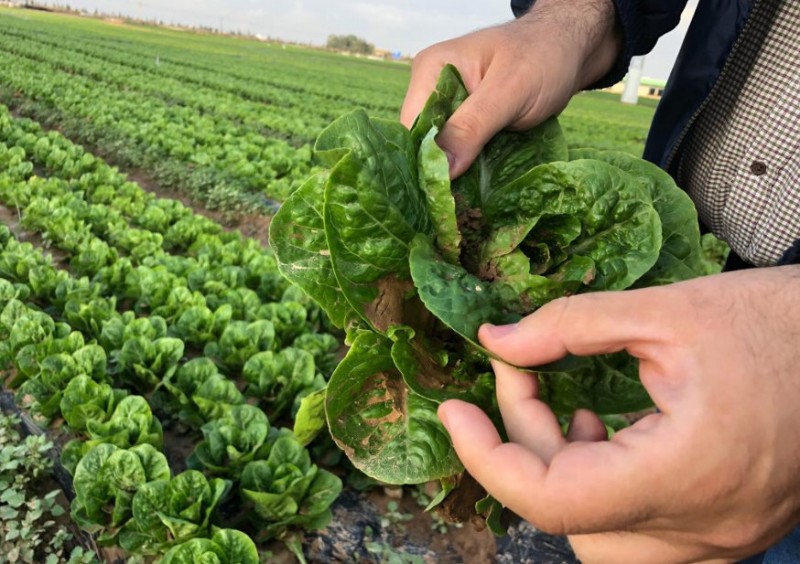 Heavy rains have again taken a toll in Murcia, Alicante, Valencia and other areas of the Spanish Levante. It has not been long since the DANA left the fields flooded in these producing areas, with leafy vegetables taking a lot of damage.

At that time, in September, the planting of the winter leaf vegetable productions was still underway, so although the damages were significant, growers suffered mostly delays in the start of the export campaign, as well as some production gaps. At this time, however, the production is in full swing.

“The heaviest rains were recorded in the early morning between Monday and Tuesday, although it continues to rain. We have been forced to stop the activity for a day and a half, as the fields have become inaccessible, some of them having completely flooded by such a huge amount of water in such a short time (between 80 and 130 liters per square meter depending on the area). We are now starting to access the fields in order to assess the situation,” says Ginés Navarro, of the sales department of the Murcia-based Agridemur company, specialized in the production of leafy vegetables and salad mixes.

Just like this company, the majority of producers in the Campo de Cartagena, which accounts for most of Murcia’s production of lettuce and other leafy vegetables, have had to stop harvesting, and in other areas, such as the Guadalentín Valley, Pulpí, and Águilas, the rains have not been as strong.

“At the moment, since we’ve had to stop harvesting, we are experiencing delays in the loading, so it will take us about two days to catch up with the orders,” says the producer and exporter. “Fortunately, this is a time when the demand for lettuce is not very high. In the next few days, the amount of orders could increase, but we do not expect big spikes, as the programs signed in advance with the large distributors have become more prominent over the past 8 years.”

“A week ago, we had had more than 17 consecutive days of strong winds which didn’t allow us to work in the fields as we would have liked. It has so far been a very difficult year due to weather adversities,” says Ginés Navarro.