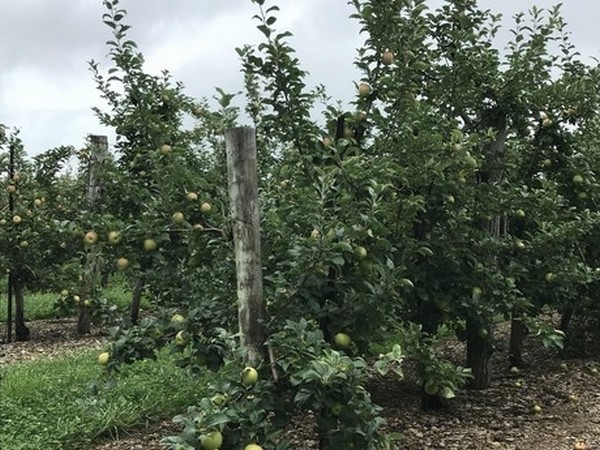 While it’s still early in the fall 2020 crop, apple supplies look to be very similar, if not slightly lower in volume, than 2019’s levels.

EAST COAST
Pennsylvania saw spring frost that’s reduced the crop. “I’d estimate it’s about 75 percent of the crop. Size is an unknown too. It appears to be smaller fruit than normal, though some fruit is starting to size up,” says Sandy Cohen of Cohen Produce Marketing in Camp Hill, PA. He adds that while the frost likely affected Red Delicious supplies the most, the state does seem to have more higher-value crops including Honeycrisp, Galas and Fujis.

Meanwhile demand looks strong. “We’re packing as fast as we can pack. I’d expect bag movement to be better than in the past few years only because people are picking up bags for fear of perceived contamination on loose apples. We’re still getting good demand on tray Galas and tray Honeycrisp though,” says Cohen. Also factoring into demand is the USDA Farmers to Families Food Box program, which could be home for smaller apples. “They’ve taken millions and millions of dollars of apples. It’s not retail quality but it’s taking fruit out of the system,” says Cohen.

This leaves pricing potentially stronger for fall. “We’re probably $1-$2 higher on the same packs over last year except for Honeycrisp,” says Cohen. “Only because there are so many more of them and we started out higher last year. I expect by the beginning of October, those prices would be comparable to last year.”

Meanwhile nearby New York state is expecting a strong 2020-21 crop. “Although the spring threw many curveballs in the weather, the majority of crops came out very well and we’ll be able to pack through any spring-related blemishes,” says Tenley Fitzgerald of Glenmont, NY-based New York Apple Sales Inc. Fitzgerald notes the crop should be similar to last season, though it will be slightly down in a few varieties. “We continue to expect our volumes on core varieties such as Honeycrisp, Gala and Fuji to increase, while we also continue to expand our club varieties such as SweeTango®, KORU®, SnapDragon®, RubyFrost® and Evercrisp®,” says Fitzgerald, noting this is also the first year marketing Smitten® and next year New York Apple Sales will have its first substantial harvest of Rave® apples. 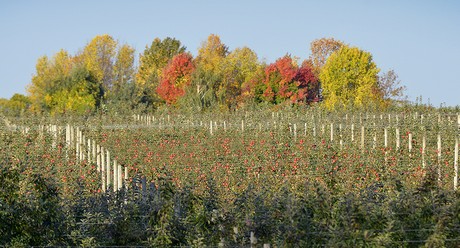 Demand meanwhile looks strong domestically, with particular strength coming from Texas to Wisconsin. “We’re seeing growing demand on the West Coast for some classic New York varieties and clubs,” says Fitzgerald, adding that demand from countries such as Vietnam is also strengthening for club varieties such as SnapDragon and KORU. Pricing overall however is still developing. “So much is unknown on the overall national crop due to potential disruptions in harvesting due to COVID requirements,” says Fitzgerald.

WEST COAST
While the West Coast harvest is also just getting underway, Ray Norwood of Auvil Fruit Company in Orondo, WA says its volumes are so far right on estimate—about a 10 percent increase thanks to new plantings coming on. “But I’m hearing from others in the industry that they might be coming in a little short of estimate. It’s early still though,” says Norwood. Some varieties in particular are up though for Auvil including Granny Smith and Gala.

Adding to that unknown are recent adverse weather conditions. “There’s a lot of smoke here from the West Coast wildfires so it’s been a little tougher. Cohen also adds that over Labor Day weekend, a windstorm in Washington took a lot of fruit down and “beat up a lot of the fruit on the trees.” “How much is yet to be determined though,” he adds, noting he too believes sizing is somewhat down on supplies out of Washington which will impact the crop. 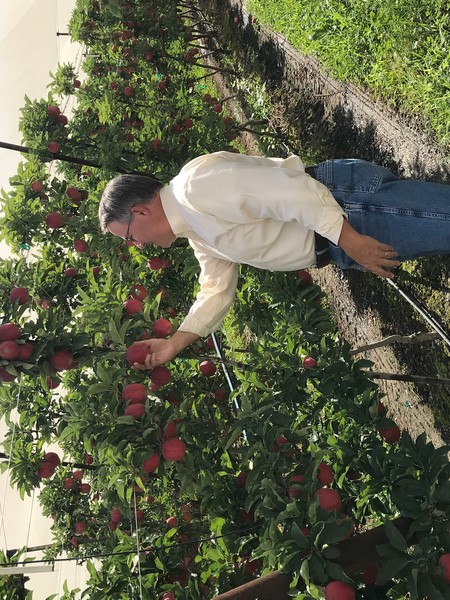 According to the Washington Apple Commission based in Wenatchee, WA, early August estimates for the state’s crop predicted 134 million boxes—similar to 2019’s 133 million boxes. Since then, those weather events have led to a revised crop estimate—expectations are now for a 5-10 percent reduction in crop volume because of those events.

That said, Norwood says its finding demand challenging for Washington apples right now. “At this time of the year when starting a new crop, it takes awhile for retailers to change over from the summer set with stone fruit and the remainder of the cherries to a fall set with apples and pears,” he says. He as well though notes he’s seen great demand for bagged fruit. “The USDA boxed program also wants bags and the demand has not dropped off for our partners there.” He adds though that its fruit is sizing larger this year which means less for bagged fruit programs.

He also adds that if the crop does end up shorter than estimated, prices might be firmer and possibly higher than average as well.
On both sides of the country, labor—largely accessing the amount of labor needed to harvest the crop—has touched growers coast to coast. “I think we’ll get our crop picked still but it might delay timing a bit,” says Norwood.