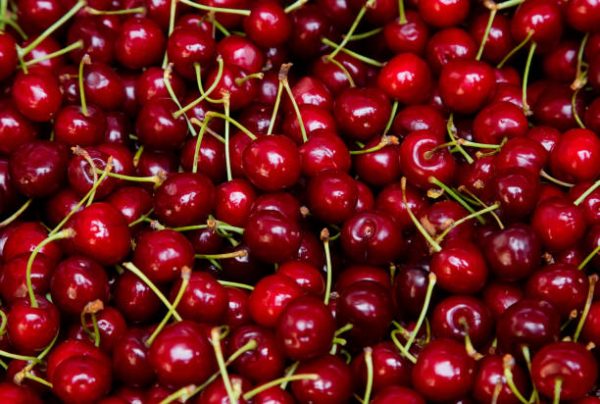 Northwest Cherries Estimate 150,000 Tons In Round One Crop Report

The Northwest Cherry Growers of Yakima, WA, released its round-one estimate of the 2022 cherry crop –– estimating 150,000 tons of cherries or 15 million 20-pound boxes for the season. This initial report had been pushed back a week due to the unusually cool spring temperatures felt across the Northwest.

“How many times have we started off this annual email with some variation on the phrase, ‘every cherry season will be unique,’” said B.J. Thurlby, president of Northwest Cherries. 2022 certainly looks to be just that — highly unusual –– as April brought snowfall to cherry blossoms and suspended blooms due to persistently cold temperatures.

Even with the atypical report, Thurlby said, “cherries in the earliest districts, namely those that had already gone through bloom by the time the first snow arrived appear to be doing well.” The early-season crop is reportedly developing beautifully but slowly. Thurlby conferred confidence in Northwest growers: “When the weather isn’t exceptional, growers are well equipped to keep at least most of their crops safe through the spring storms” –– noting they are a resilient and persistent group.

“Perhaps the oddest thing about the 2021 bloom is the period of suspended animation that occurred,” said Thurlby. While the snow caused damage to most of the open flowers, unopened buds in growing regions removed from the extreme cold appear to have waited until temperatures warmed before continuing their bloom. “This helped some flowers survive but created time gaps of up to a week or more within individual trees and/or orchards,” said Thurlby.

Northwest Cherry Growers reports one of the biggest challenges in the immediate future is the need for an extended period of warm weather to activate bee activity and pollination. Thurlby said, “Unfortunately, the periods of warmth and sunshine across much of the Northwest have been shuffled in with storm fronts and cool periods.” He explained that these inconsistent windows of temperature have allowed bees to jumpstart some orchards or limited the pollinator’s ability to find viable cherry blooms to pollinate. “These two factors alone have made the estimation process particularly data-intensive this year as we attempt to draw an accurate bead on the crop to come,” said Thurlby.

Ideal weather pre-season had the Northwest on track for an early kickoff. The April anomaly, however, will transform the season with some districts starting early and others finishing late. Thurlby said, “this bodes well for both early- and late-season cherry supplies for the shelves.”

Northwest Cherry Growers reports the earliest growers are expecting to begin harvest on May 28 into the first week of June. Thurlby said, “as always, it takes our industry at least 10 days to begin to build up to larger volumes,” and noted this early-season volume should allow cherry-focused retailers to transition smoothly from the California crop.

Regarding volume throughout the season, Thurlby said, “our harvest progression is an echo of our bloom, which makes the size of the middle portion of our crop today’s biggest question mark.” Northwest Cherry Growers said this year’s Bing crop was the hardest hit, along with orchards within local cold pockets.

Thurlby noted caution with charting an early projection from the round one data and cited the 2012-14 seasons where crop curvature showed a larger second peak coming from the later varieties and districts. Thurlby said, “We expect to see the daily shipment volumes increase and finish out July with a stronger second half.”

“Though not as large as some recent seasons, the 2022 crop is still a promotable cherry crop and too valuable to be re-allocated to a hidden away display,” said Thurlby. Citing a 2009 Northwest Cherry Growers study, Thurlby said, “that even in recessionary times, fresh sweet cherries from the Northwest were the No. 1 dollar-per-square-foot item in the summer produce department.”

While acknowledging the unusually cold spring season and current economic stress on American consumers, Thurlby affirmed the position of Northwest cherries in summer grocery produce departments. He said, “Cherries are a stalwart of summer displays and over-perform for their space, doubling what grapes produced in an audit of departments across the U.S. last season.”

Cherries are statistically an impulse item, where “nearly three out of every four bags sold is purchased individually from a brick-and-mortar store shelf,” said Thurlby. Even in a down or shortened season retailers need to be ready. “Online shoppers are a full one-third more likely to buy two bags of cherries at a time, and are 400 percent more likely to buy three or more bags.”

Even if round one went to Mother Nature, Northwest Cherry Growers is optimistic about the length of the season and how it will progress. Thurlby concluded, “as of today, there appear to remain promotable opportunities for what should be a crop of dessert-quality fruit.”

From The Produce News