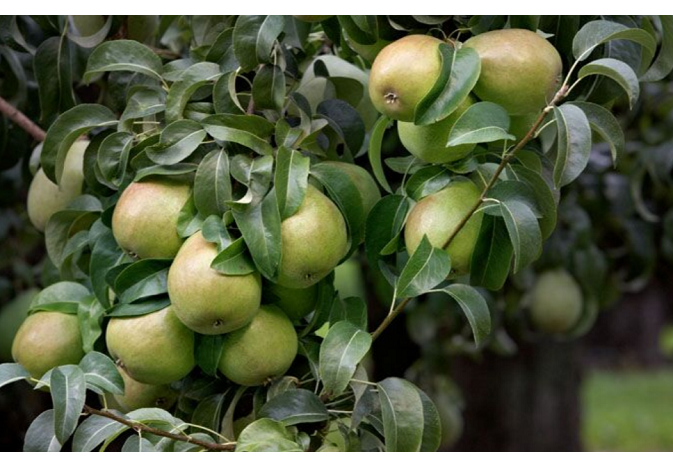 Northwest pear growers are estimating the 2019-20 fresh market crop will be 17.3 million 44-pound box equivalents, a drop of 9% from the previous harvest, and 6% the industry’s five-year average.

The drop didn’t affect organic production, which at 10% of the overall crop, is seeing a 20% gain on last season’s production.

The estimate, compiled at the Pear Bureau Northwest’s May 30 meeting in Portland, Ore., includes estimates from Washington’s Wenatchee and Yakima districts, and Oregon’s Mid-Columbia and Medford districts.

“For retailers, there are numerous opportunities for growth in the pear category, and we are providing retailers with the customized data and insight needed to set up the most effective promotions to take advantage of the profit potential of Northwest pears,” Moffitt said in a news release.

Estimates for pear varieties, and their percentage of the overall crop, are:

The green anjou and bartlett crops are down single digits, but the bosc estimate is a 30% drop from the most recent season and 23% lower than the five-year average. Red anjou estimates are a slight increase over last season, according to the release.

Harvests are expected to be about a week later than last season, which is close to the historical average.  Starkrimsons start the first two weeks of August, followed in mid-August by bartletts. Anjou harvest starts the last week of August in all districts except in Mid-Columbia, which is early September. Bosc and comice harvest is from mid-August through mid-September, and concorde, forelle and seckel picking is in August and September in the four districts, according to the pear bureau release.

Promotions
Promotions in the U.S. and Canada will focus on nutrition, and the pear bureau is expanding digital engagement with retailers, including program development with social media and supermarket dietitians. A focus on telling the stories of growers and handlers will continue. Around the holidays, themes will focus on pear varieties and inspiration for dishes, cocktails and décor, according to the release.