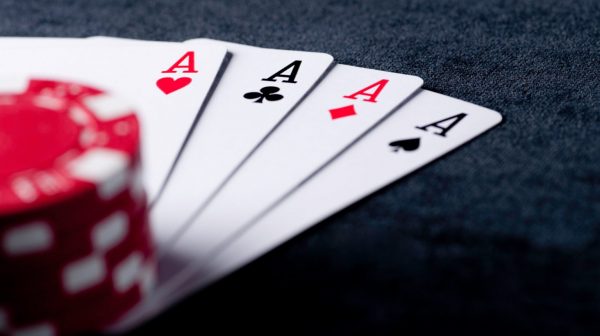 Ocean Carriers Hold All The Cards In Contract Talks With Shippers

It’s annual-contract negotiation season for U.S. importers — and the hand they’ve been dealt couldn’t be worse. The deck is heavily stacked in ocean carriers’ favor.

Incredibly, Asia-West Coast spot rates are now nearing a base rate of $5,000 per forty-foot equivalent unit (FEU), not including a few thousand dollars of extra charges slapped on top. There’s talk that spot rates could stay strong until Q4, if not 2022.

Now is the time U.S. shippers negotiate annual contracts, which are usually finalized by May or June. The risk to shippers: If they don’t agree to much higher long-term rates than they’re used to, they could be even more exposed to spot rates, which would cost them even more.

The market “is beyond good for shipping lines and equally so on the other side, painful for shippers,” said Patrik Berglund, CEO of Xeneta, during a presentation on Tuesday. Xeneta collects data from forwarders and shippers on short- and long-term ocean contract rates.

“The carriers are seeing a substantial uptick in their long-term contract [rates] as we speak,” reported Berglund. “This has led to a situation where even a lot of big-volume players [on the shipper side] have seen increased spend. Some of them have not been able to conclude their RFQs [request for quotations] and have pushed them back because the spend increase they’ve seen has been too significant.”

What’s particularly unusual is that rate increases are not just high for average long-term rates.  They’re also high at the bottom end of the range — i.e., rates paid by the largest shippers.

“Everybody is facing a significant cost increase,” Berglund said. “That’s different than anything I’ve seen in my 15 years in the industry.”

“The problem is that you have procurement and logistics people responsible for these contracts internally who are facing 40%-70% cost increases,” Berglund continued. “They have a huge conundrum in justifying that. Because the traditional challenge to a logistics department is a 5% reduction year-over-year.

“We’re at such a high historical level that it’s the worst possible time to go to market [negotiate a contract]. There is such a seller’s market that the carriers can basically do as they please.”

He advised shippers to “position themselves so they can go back and renegotiate later in the year. Make sure you’ve negotiated a validity period that allows you to go back and drive some of those costs down to a bit more normalized level.”

He also pointed out that carriers “are trying to drive volumes over to the short-term markets because of the profits there and the yields that are so attractive.”

“There is now a massive delta between your contracted rates and your transportation budget,” explained Berglund. “Because in order to get stuff moved, you can end up being pushed into the short-term market.” Furthermore, “there’s an additional $1,500-$2,500 [per FEU] surcharge in many cases in order to get things moved.”

No light at end of tunnel yet

The hope was that container shipping would see a volume and rate dip due to the Chinese New Year holiday. It didn’t happen. “For months we have been waiting for the extreme conditions in container freight to let up. But they simply have not,” said Stifel shipping analyst Ben Nolan.

As of Tuesday, the Asia-West Coast spot rate (SONAR: FBXD.CNAW) was at a new all-time high of $4,922 per FEU, according to Freightos Baltic Daily Index data. Rates remained around $3,800 per FEU for a long stretch between mid-September and mid-January, then jumped another 30% since then.

Congestion in the ports of Los Angeles and Long Beach remains at near-record highs. As of Wednesday, there were 30 container ships at anchor and 28 in the terminals. The CMA CGM Libra, with a capacity of 11,356 twenty-foot equivalent units (TEUs) arrived on Feb. 11. It finally got to a berth on Tuesday afternoon, almost two weeks later.

The growing consensus is that container chaos will last through at least mid-2021. When it will ease remains a mystery.

“It is clear that the first half of this year and most likely also Q3 will be a very strong seller’s market,” affirmed Berglund.

Matt Cox, CEO of Matson (NYSE: MATX), said on a conference call with analysts on Tuesday, “We think the current conditions, where there’s 30 ships at anchor off Los Angeles/Long Beach, and the sort of really frothy and difficult environment … [will last] through the middle of the year.”

Relief in the second half?

More consumer spending on services versus goods in the wake of vaccines should offer some relief.

“Hopefully we’ll see more money funneled to travel and services so less cargo is moved,” Berglund said. Yet even when that happens, he added, “I don’t think we’ll see any pre-COVID rates in the short term. Nor the midterm.”

According to Cox, “At some point it’s going to unwind, which is likely to be connected in some way to the post-pandemic world when we emerge from our caves and start venturing out. As to when that new normal will be, we don’t have any better insight than anybody else.”

The bullish argument is that cargo demand will remain very high into the second half as well. Retail inventories remain very low and retailers will likely want higher inventories than in the past. First, because of the shift to e-commerce. And second, because of extreme delays in ocean transport, as exemplified by the container-ship traffic jam in Los Angeles and Long Beach.

Importers could accept higher inventory costs to protect against lost sales due to shipping delays. If so, they will bring even more imports forward and create even more inbound volume.

According to Sea-Intelligence CEO Alan Murphy, “We have never seen the relative inventory levels for retailers as low as they are now. Despite six months of a demand boom, there is still quite a distance to go. A normal development of sales in the U.S. could — through inventory replenishment — sustain strong U.S. import container growth through all of 2021.”

Spending on goods could remain strong

There is also a counterargument to the idea that vaccines will spur higher spending on services and thus lower spending on goods. Government stimulus and a drawdown of savings could keep goods spending elevated even as services spending rebounds.

According to new research by Jefferies Chief Economist Aneta Markowska, “The January stimulus checks were partially saved and continue to fuel activity in February. We expect growth momentum to increase further in March after the next round of stimulus checks hit bank accounts. Stimulus payments will cause disposable income to rise 65% quarter-on-quarter [Q1 2021 versus Q4 2020], creating a massive tailwind for consumer demand in the spring.”

If stimulus and savings drawdowns push up spending in the first half, the retail inventory replenishment cycle would be pushed further out into the second.

All of which further complicates the contract strategy for shippers, who will have to decide whether to accept very high contract rates between now and May — or wager that they can wait for lower rates later. If the bullish demand scenario plays out, “later” may be too late.

As SeaIntelligence Consulting CEO Lars Jensen said during a webinar in late January, “Carriers want to maximize their own profitability, which is perfectly fair in any market. But that comes at a price: more tension in their relationships with their customers.”

During this week’s Xeneta webinar, Berglund reported, “I can already hear a lot of our customers saying — and this is almost bizarre — but they’re saying, ‘The market will cool down sometime and I’m just waiting to get back at them [carriers].’ When it comes to the trust between buyers and suppliers in this industry, this is making it even worse.”

One of the shippers watching the presentation commented, “It’s painful that the liners are not adhering to their long-term contracts and not accepting bookings, while we, as shippers, could not do this.”

Berglund responded, “I think that’s right. But I would mention that for years, shippers have overbooked. They’ve placed a booking for 40 containers for the next week and only delivered 20 without any consequence. That’s possible in a buyer’s market.

“I’m not saying anybody’s right or wrong. On the contrary, I think it’s one of the fundamental issues in the industry. But now it’s a seller’s market. Carriers can do whatever they please and buyers will take it. And that’s super-painful. But it seems to go both ways — depending on the state of the market.” Click for more FreightWaves/American Shipper articles by Greg Miller