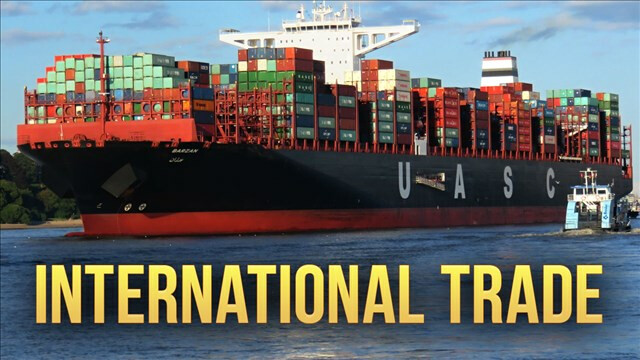 Ocean transportation costs are going up, and that will translate to slightly higher delivered costs for Latin American produce hitting U.S. shores.

The allowed sulfur content of fuel used for international shipping is changing Jan. 1. By that date, the United Nations International Maritime Organization is requiring sulfur content in the fuel used for international shipping must be limited to 0.5%, down from the current standard of 3.5%. Costs for the new fuel are running nearly twice as high as the old standard and availability is tight as the shipping industry makes the transition.

That low-sulfur fuel regulation will apply to ocean-going shipments of all goods, including fresh produce.

It is a little like taking your car to the filling station and expecting to pay for regular gas but only the premium grade is available, Flores said.

“At the end of day it is a regulation we need to follow and we want to follow,” Flores said. “It is better for the environment and the sustainability of the world industry.”

Chiquita has twelve of its own ships to transport bananas, with seven serving North America and five serving northern European markets. The first of Chiquita’s ships was filled with the low-sulfur fuel on Nov. 7.

With increasing demand for low-sulfur fuel from all quarters, prices have been nearly double the previous standard fuel cost. Flores said prices for the low-sulfur fuel were ranging from $500 to $600 per ton compared with $350 per ton for the older fuel.

The cost of transportation as a percent of total costs depends on the market, accounting for perhaps 30% to 50% of costs for bananas shipped to Europe and 20% of costs for fruit shipped to North America, Flores said.

The main priority for Chiquita, he said,  is to make sure the company is able to secure fuel supply, so ships and shipments of fruit will not be delayed.

“You need to make sure you have a contract, make sure you have availability of the fuel, or otherwise you are going to be stuck (at the port) and there will be a delay in the trade,” he said. “It is all those question marks we are trying to manage right now.”

While the possibility for supply disruptions exists, Flores expects Chiquita and the entire banana trade to meet the challenge.

“I don’t foresee any major disruptions because of the lack of fuel to move the ships at this point,” he said.

While ships can burn alternative fuel such as natural gas or be installed with scrubbers to clean emissions, those options are mid-term to long-term in nature, Flores said.

Passing on the costs to customers is done by way of a fuel surcharge, Flores said.

For banana shipments to Europe, banana marketers have instituted a variable bunker (fuel) surcharge, which will go up and down according to the price of fuel.  The U.S. already had a fuel surcharge in place, and what surcharge will have a higher reference price reflecting the higher cost of fuel.

At perhaps less than 1%, the impact on the price of bananas on the retail shelf will be small, he said. For example, banana prices could increase from 65 cents to 66 cents per pound at retail, he said.

“The banana is still one of the cheapest fruits on the shelf,” he said.

But cost pressures are on the upswing for banana producers, Flores said.

The last 30 years has seen the banana exist in an era of declining prices relative to other consumer goods.

That era is likely coming to an end, he said.

“(Cost) pressures are in every direction now,” he said. Inflation in labor, inflation in materials and now new regulations in fuel will increase costs.

“We buy around 200,000 tons of fuel every year, so you can see we’re highly exposed to those types of cost increases,” he said.

Higher fuel costs will make the next year challenging.

“It will be a little bit of a bumpy ride for the next six to twelve months, but Chiquita bananas will continue to be grown, continued to be shipped and continue to be available,”  he said.