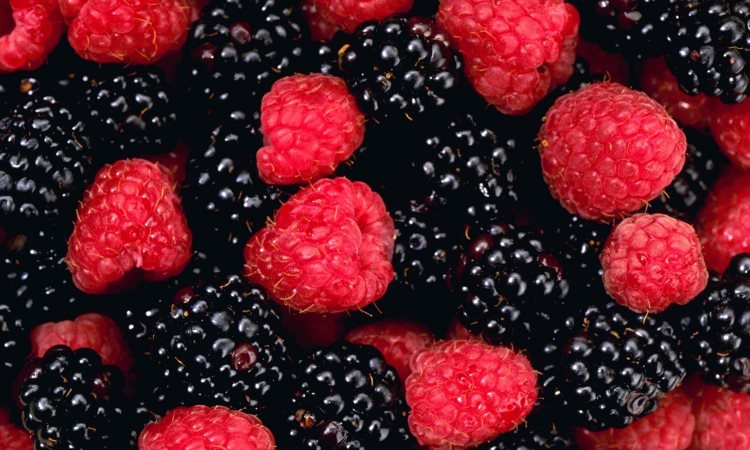 The demand for raspberries and blackberries has risen sharply in Europe and North America in recent years. In the West, raspberries are seen as a luxury product. In China, that is not the case, and the prices, although still higher than those of other berries, are low. There is hardly any demand for raspberries in China, with goji berries being especially popular among consumers. The current stock of raspberries, blackberries and berries on the market is declining. The supply from the current producers is falling and other countries are still starting up. The warm weather has taken a toll in many regions and has caused shortages; however, the demand remains high and as a result, prices are rising. Due to the demand and the smooth sale of raspberries, blackberries and berries, the international trade is gaining ground as a complement to the domestic productions.

The Netherlands: Unpredictability is an asset on the soft fruit market
The heat recorded in late July has left its mark on the Dutch soft fruit market. “The availability, quality and prices of raspberries and blackberries have been fluctuating enormously in the Netherlands and Belgium due to the strongly changing weather. It is therefore really difficult to get a grip on the market,” says a fruit trader. The market is very unpredictable. Raspberries can actually withstand the heat pretty well, but there has hardly been any production during the extreme heat. Subsequently, the supply arrives in huge volumes, and prices can therefore fall again in no time from 10 to 5 Euro per kilo. We have gone through a long period of shortages; now there are too many again, but that may just change again next week. The same applies to blackberries. They recently reached 30 Euro; now they have dropped below the 10 Euro. The Dutch red berries are stored in chambers, so everything that is taken out must be sold taking those extra costs into account. That’s been working out fine for now. In fact, the demand from Germany has increased rather quickly, as the heat has caused a lot of damage there. Normally we don’t see such a high demand until November or December, so that gives us good prospects for the season.”

Belgium: Fluctuations in the supply, correct prices on the market
After months with a sufficient supply, a small shortage has been recorded this week, but larger volumes are expected within three weeks. This means that Belgian products can be supplied until around late November. A peak in the supply is expected at the end of September / beginning of October. Prices are currently at the right level due to the good demand from Belgium and France.

Red berries have had a very good growing season, but have suffered a lot of damage at the end of July due to the heat. This year there are fewer red berries in ULO storage. Prices have taken a while to reach acceptable levels, but are currently pretty good.

Blackberries are the most difficult to manage at the moment, according to a Belgian trader. A lot of blackberries have been planted in Europe and the situation became a bit difficult at the end of May. There is currently some scarcity on the market and prices could be said to be moderate.

Germany: Domestic supply is declining
In Germany, particularly in the south, there is still a considerable supply of domestic soft fruit, although that supply is gradually declining. Blackberries are only available in small quantities, so the price has risen noticeably. Red gooseberry sales are going smoothly, despite prices being as high as 4.20 Euro per 500 grams. The supply of raspberries and blackcurrants is also currently declining. The demand, on the other hand, remains as high as ever, so prices are also rising quickly. As a complement to the domestic soft fruit supply, Polish fruit is increasingly present in the market, particularly in the East German wholesale trade.

Austria: High demand for domestic raspberries
In Austria, the domestic production is in full development, reports a grower and trader. Raspberries, red currants, blackberries and gooseberries, among others, are already grown on a small area. “We are seeing a particularly high demand for regional raspberries. These are usually processed, although the quality is so good this year that we can also offer them on the fresh market,” says a grower. Earlier this year, a Salzburg-based company announced that its current acreage would double, making it the largest growing company in Austria.

France: Warm weather leads to growing imports
The demand on the French market has been pretty good, but still fragile. Red berries are not often purchased for consumption and are rather used as decoration or for processing into jams. The demand for raspberries continues to grow, although it is often seen as a luxury product. The warm weather had an impact on the French range of raspberries and berries. The raspberries came mainly from the Netherlands, Belgium and Portugal. The red berries mainly from the Netherlands and Belgium. The demand for products with a quality mark such as HVE (haute valeur environnementale) and ZRP (Zéro Résidu de Pesticide) is on the rise in France.

Italy: The demand exceeds the supply; acreage continues to expand
Berries can be seen as superfood. Over the last ten years, the global soft fruit consumption has more than doubled and consumption per capita is expected to rise further. Given the growing demand for soft fruit, the production is also increasing. “This is also growing due to varietal improvements and technological innovations,” says a marketing manager. “Breeding is essential to obtain a better product, to extend the harvest period and to be able to grow on less suitable soils. The demand exceeds the supply; in southern Italy, the demand has grown by 70%. We therefore expect that the cultivated regions will grow in the coming years.”

Some of Italy’s most important production regions are South Tyrol, Verona, Policoro, in the Basilicata, and Calabria. In Verona, the season runs from May to October, with the peak times at the beginning and the end of the season. Prices for raspberries were lower in May due to the presence of Spanish soft fruit on the market. In contrast, prices were high in June and July. In July, this was due to lower yields. The average prices ranged between € 8.50 and € 10.50 / kg.

The blackberry harvest in the Basilicata region came to a close in July. The production ended up on the market in northern Italy. In Calabria, blackberries and raspberries are also grown between June and October. For some growers, the yield is higher than the demand on the local market.

United States: California gives way to Mexico, the price for raspberries rises sharply
The Californian season is coming to an end and the Mexican season is about to begin. The transition will be happening within two to three weeks, depending on the weather. After that, Mexico will be the main producer of blackberries on the US market. The prospect is that prices will fall and that the demand will remain consistent. “On Friday or Monday we expect the prices to reach 14-16 $,” says a trader. Currently, the price for Mexican blackberries on the Texan market is $18-20.

The raspberry market has undergone some changes in this past week. California no longer has any stocks and there is currently no supply available. On Monday, prices still stood at $ 14- $ 16. Now they are reported to be reaching up to $ 20. The shortage in California was caused by the temperatures, which were first too cold and then became too hot. In the meantime, the demand for raspberries has risen this week. Raspberry prices are expected to remain high for a while, at around $ 18- $ 22.

Red berries and gooseberries also come from the Frasier valley and are especially popular among consumers with European roots. They are perceived as a specialty for a niche market. The season started at the end of June, and in addition to supplying the local market, some exports go to Asia. The yield has been lower than in previous years, probably due to the late winter. The prices have been comparable with last year’s.

South Africa: Exports increase, but volumes remain small
The acreage devoted to raspberries and blackberries is very small in South Africa (135 and 35 hectares, respectively). This area is expected to remain stable in the coming years. Half of the raspberries are exported (875 tons last year). A 17% increase in raspberry exports is expected for this season. In 2018, 80% of those shipments went to the United Kingdom, 14% to the Middle East and 6% to Europe.

Slightly less than half of the blackberries are exported (107 tons). Of these, 93% go to Europe and 7% to the Middle East. As in the case of raspberries, an increase in exports is expected; however, the volumes remain low.