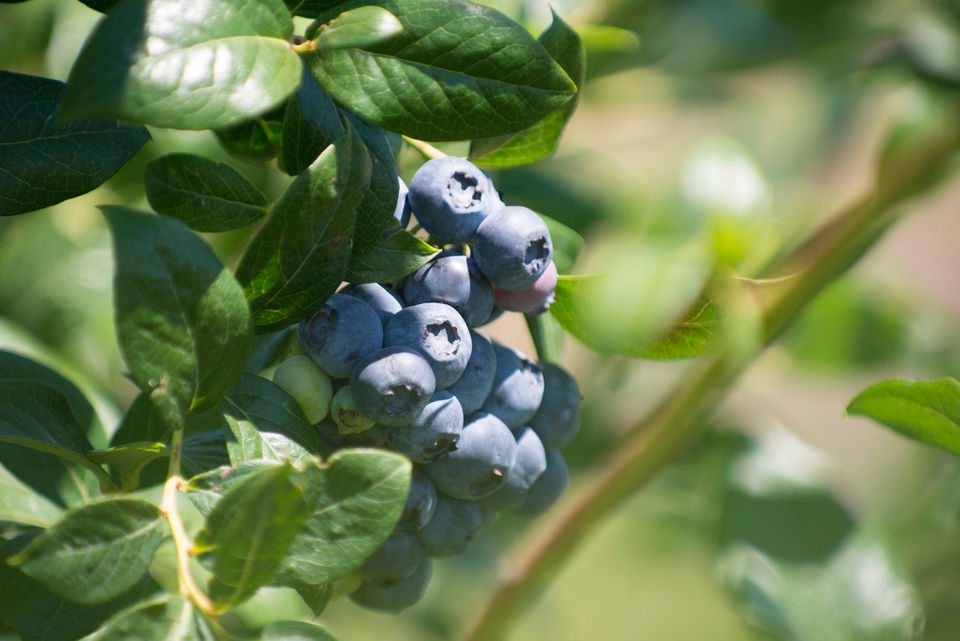 The harvest of the last marketable blueberries is underway in Europe and North America. In Europe, Poland is the largest player and expects its acreage to continue expanding in the coming years. After the harvest is completed, traders will switch to the production from South America. In September, the first Peruvian blueberries will arrive in the ports of the United States. Another country that benefits from the market gap is South Africa. Before Chile takes over the market, South Africa exports increasingly large volumes to Europe. Since estimates point to the European market still having plenty of room for growth, the blueberry sector is rapidly expanding in South Africa. The prospect is that this growth will continue over the next few years, as the newly planted areas are not yet in full production.

It appears that the demand has peaked in most countries and the supply is now more in balance with the demand. This results in lower prices on the market. This was especially the case in the summer months, when many regions are in production at the same time. Now that we are entering a transitional period between the seasons, the price on the market is stabilizing.

The Netherlands: Last blueberries being picked
The harvest in the Netherlands will last for a few more weeks and then the blueberry season will be finished. A bumper crop of berries has been picked this season, although some of them suffered quality issues due to the warm weather recorded in July. The damage caused by the heatwave has remained reasonably limited and what now remains to be picked is in good condition. In terms of prices, there was only a slight dip in July, when they amounted to around € 4.00. Prices have since risen and now stand at € 5.50. Growers have noticed that Peru is very quickly becoming a major import market and expect those berries to arrive in a few weeks. Germany, the United Kingdom and Scandinavia are still the most important export markets. The season will come to a close in the coming weeks.

Belgium: Prices on the market again stable
Belgian blueberry growers are currently working on the harvest of the last blueberry varieties. The late varieties have suffered some damage as a result of the heat recorded a month ago. 20% of the fruit is either dried or burned. In early August, prices were quite low and amounted to around €4.00. At the moment, they have stabilized at around €8.00. The prices are expected to remain fairly stable until the end of the season.

Germany: Domestic season is coming to an end
The German blueberry season will soon end. The supply is currently rapidly declining, which means prices are rising every week, as reported by a North German wholesaler and supplier of regional products. In the Lüneburger Heide, one of the most important production areas, the campaign has already come to a close for various growers, simply because they are not producing the latest seasonal varieties (including the Liberty and Elisabeth). Other growing areas in the Federal Republic play only a minimal role.

Due to the declining availability of domestic production, Poland is now entering the market with large volumes. According to the latest reports, the wholesale prices amount to around 3 Euro per 500 grams. The wholesale price for the last German blueberries is considerably higher. According to the traders, the warm weather of recent weeks has hardly taken any toll on blueberry sales. “Blueberries are still a year-round product with very constant sales, regardless of whether the weather is good or bad outside,” says a trader.

In France, blueberries are harvested in June and July. The products that are currently on the shelves come mainly from Poland. In September, the products from Peru, Argentina and Chile will follow until the end of December. Morocco and Spain will be back on the market in the new year.

Spain: Recovery of the season in northern Spain
The current season is going well in northern Spain, which is the area in production during the summer months. The country’s most important growing region, Huelva, is currently not in production. The campaign started in June with the Duke; then the Aurora is picked in September and October, and from the end of October to the beginning of November it is time for the Centra Blue. After 2 years of poor harvests due to the impact of rains and a lack of sunlight, the blueberries from northern Spain have lost some market share. However, the fruit’s sales are now recovering thanks to the favorable weather conditions. Prices are stable at the moment. The productions from North Africa and southern Spain have already come to an end. The demand for blueberries is stable because the fruit has become a mass product. The acreage in northern Spain continues to slightly expand.

Italy: Current prices from 11 to 13 Euro
The season in Italy runs from February to November, but most of the supply arrives in the months of July and August. 75% of the production is intended for export, with the largest markets being Germany, Switzerland, Austria and the United Kingdom.

On the wholesale market, class 1 blueberries are sold for between 11 and 13 Euro. Blueberry consumption is on the rise in Italy, but remains low compared to other countries where blueberries are labeled as a superfood. Due to this popularity, the acreage in Italy has been expanding, from 275 hectares in 2010 to 1,100 hectares in 2018.

Blueberries are mainly grown in the north (Piedmont, Trentino-South Tyrol, Venice and Lombardy), but there are also smaller production regions in Tuscany and Lazio and in the south (Calabria and Apulia).

Poland: The market recovered after bad weather
There had been certainty about the Polish season starting earlier this year, but eventually, this wasn’t the case due to the weather conditions in the country. In any case, Polish traders report that the campaign has recovered in recent weeks due to the better weather conditions.

Although the yield per hectare has been reduced by the weather conditions, the total volume is greater than the 6,000 tons of 2018. This is mainly a consequence of the considerable expansion of the acreage. The largest share of the production is intended for export within Europe and a small part goes to the Middle East. The current season is lasting longer. As a result, prices are slightly lower than at the end of August 2018, because there is still supply on the market.

South Africa: Growing production that has yet to reach its peak
Before Chile dominates the market in September and October, South Africa can take advantage of the market gap in between. The majority of South African exports go to the United Kingdom and the EU. A smaller volume goes to the Middle East and the islands in the Indian Ocean. Last year, 8,000 tons were exported. The strong growth in the production has yet to reach its peak, as many of the planted areas are still very young.

Until now, the blueberry sector has been dominated by three large companies with strict controls over the production and marketing. New players are now coming to the market with more flexible models. Their blueberries are exported to Europe because it is assumed that there is still potential to be untapped there.

Growers across South Africa are introducing blueberry varieties that are more resistant to the heat. The costs are high, but so far, the returns have been good. The blueberry sector is therefore the fastest growing sector in agriculture. Given that the work is labor intensive, the sector contributes to generating employment for many people. 4,000 jobs have been created in this sector in five years.

The high tariffs in some Asian countries and the fact that China is not yet open to South African blueberries are still a challenge for the blueberry sector in South Africa.

Peru: Increase in exports
Peruvian blueberries have already been arriving in the ports of the United States for a month. The weather conditions have been good in the country and the season is expected to last until the beginning of March. In Peru, prospects point to a rise of exports to the United States and Canada, and shipments to China are also increasing.

North America switches from own cultivation to import season
The stocks of blueberries from British Columbia are declining. 10% of the fruit is still on the bushes. The season in British Columbia kicked off 10 days earlier, in late June. The campaign usually lasts until mid-September, but in Canada it is likely to end around September 10. In Quebec and the Canadian maritime region, regional cultivation will continue for a few weeks.

Oregon’s blueberry harvest is now slowing down, since the peak season is over. In Washington, the stocks are also increasingly smaller. Michigan will still be in production for a few weeks, but has had to deal with a heat wave that has taken a toll on the quality and quantity of blueberries.

The demand for blueberries continues to grow, although this rise is no longer as spectacular as in the past. The supply is more in balance with the demand, which means there is sufficient supply on the market. In July, however, more and more regions are coming into production at the same time.

Now that stocks are shrinking, the price on the market is recovering. The start of the import season for the blueberries from Chile and Argentina is expected around mid-September. The season will continue until April. Peru has entered the market earlier and is already exporting blueberries to the United States.

Australia: Large supply, lower prices in the supermarket
Due to good weather conditions, there are large stocks of blueberries in Australia. This can also be seen in supermarkets, where prices have dropped to 2.50 AUD for 125 grams.

Last year, there was a 42% growth in the blueberry production. However, exports fell by 38%. A large share of the imports comes from New Zealand.