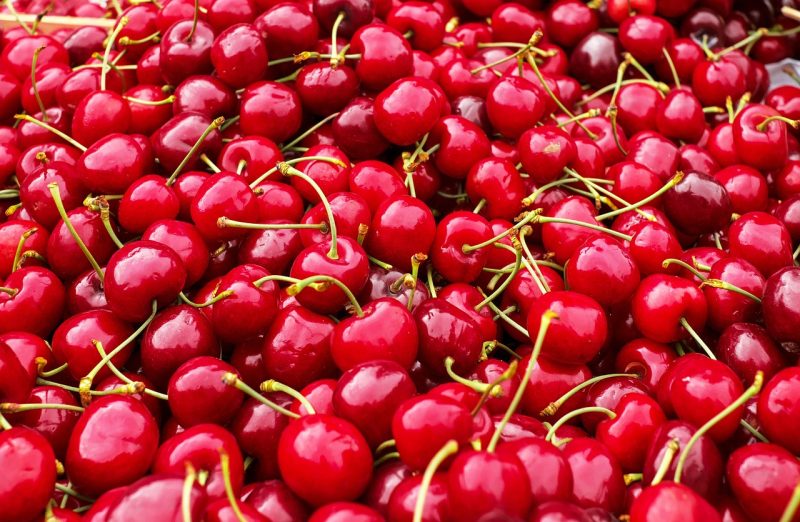 The cherry campaign has started in the Netherlands, Belgium and Turkey, while countries such as Greece, Spain and Italy have already passed their peak. In North America, Washington (US) and British Columbia are also in production. One of the most important countries when it comes to cherry sales is China. Due to the trade war with the US, the country is looking for new import markets, such as Central Asia and Turkey. The market conditions are favorable for Dutch and Belgian cherries. In Southern and Eastern Europe, cherry growers had to deal with frost and rain damage in the spring, which took a toll on this year’s production. The quality and demand for cherries have been good and that resulted in a price increase compared to the previous season. In Washington, in the US, the crop has been moderately affected by the rain and wind, but not as badly as in California in the spring.

The Netherlands: Demand for Dutch cherries
The Dutch cherry season can now be said to have really started. Many growers have open houses during this period, and many cherries are sold in farm shops and along the road. The market conditions for Dutch cherries are therefore favorable, as there are few cherries available elsewhere in Europe. Greece and Spain have already passed their peak, and the supply from Eastern Europe is a lot smaller due to frost and rain damage. Only the Netherlands and Belgium are in good shape and that is resulting in a good demand and prices.

Belgium: Staggered cherry harvest
Due to the high temperatures recorded recently, there is a high demand for Belgian cherries. The supply and demand are well-balanced, partly because there are hardly any cherries from Southern Europe left on the market. The prices are good for the time of the year. Due to the climatic conditions, the supply of Belgian cherries has been nicely staggered. The cherries have had a good growing season, which is beneficial for the fruit’s quality.

Germany: Moderate start of domestic season; large supply from Southern Europe
The supply of cherries at German wholesalers is gradually increasing. In addition to its own production, there are plenty of imports from Spain, Turkey and Greece, among others. The available volume is therefore sufficient to meet the demand, as reported by traders. Worthy of note is the relatively high price of the domestic product, as a result of which, many have switched to foreign productions. This is partly due to the moderate start of the season in major growing areas, such as the Fränkische Schweiz, in southern Germany, and Werder, in eastern Germany. In the Hamburg region, in Altes Land, there have also been losses due to recent hail damage. The domestic volumes actually hitting the shelves are of very high quality, certainly now that the better varieties and sizes are also coming on the market, according to a trader.

In general, the cherry trade has been in quiet waters in recent weeks. With regard to the foreign production, the Italian Ferrovia has lost ground, while large volumes have been supplied from Spain for relatively low prices. Turkey is also fully present in the market, although the mainly small sizes have pushed prices down. Greece is also doing its bit and is an interesting alternative in terms of pricing, especially in southern Germany’s wholesale market.

Switzerland: Good harvest expected this year
Until recently, there were still Spanish cherries on the shelves of Swiss retailers, much to the indignation of Swiss consumers. Nevertheless, the Swiss expect a good harvest this year, with a production estimated at 2,700 tons.

Spain: Season is coming to an end; 25% lower harvest
The season is coming to an end in Spain and the production is now mainly coming from El Jerte, in Extremadura. The cherry harvest has been 25% lower than last year, but the fruit’s size, quality and taste have been better. In combination with the favorable market conditions in Europe, this has led to a 40% higher average price than in the previous season.

More and more Spanish companies are focusing their efforts on the cultivation of premium quality cherries and are therefore opting for innovative varieties. With the higher quality, they are able to export the cherries to interesting markets, such as Hong Kong, Singapore, the UAE, the Caribbean and the rest of Europe. Germany, France and Italy remain the main destinations. Cherries of 30 mm or larger are currently harvested. Consumers, however, demand larger and sweeter cherries with some bite.

Soft cherry varieties are no longer popular and are thrown away. These varieties are too sensitive to climate change, rainfall and acid conditions.

France: Longer season expected in the southwest
Without taking into account the possible impact of the high temperatures recorded last week, the cherry harvest is looking good. In the Loiret department, there will be production until July 14. The Suzuki fruit fly hasn’t attacked the cherries, as it doesn’t like warm weather. They haven’t been detected either on the new orchards that are now in production.

The size of the French cherries is small because the trees are currently loaded with them. So far, the demand for cherries has been good, although this week it has started to become a bit more unstable. In the south-west of the country, the season may last longer than in previous years. The current prospect is that the campaign will last for two weeks longer than normal. Usually, such an extension doesn’t exceed 4 to 5 days.

Italy: Harvest reduced due to weather conditions in May
The cherry supply and demand are somewhat out of balance. The demand is currently greater than the supply. The weather in May, and particularly the hailstorms, caused the production to fall. Consequently, the markets are looking abroad. Besides Italy, the cherries available come mainly from Spain, Greece and Turkey. The most important cherry regions are Apulia, South Tyrol, Emilia Romagna and Venice. Normally, 50,000 tons of cherries are harvested in Apulia, but due to the turbulent weather in May, only around 60% of the production has been harvested.

In week 26, the cherry marketing campaign came to an end in the Bari region, in Apulia. The cherries, especially the strong and profitable Ferrovia varieties, were easily sold due to rising prices. For the most part, the cherries are sold satisfactorily, and that ensures stable or even rising prices for the fruit.

Turkey: Growing export of cherries
The Turkish production is arriving, and according to a trader, the prospects are good, given the weather conditions. Turkey is managing to export more, mainly to destinations like China, India and Europe.

China: New import markets needed due to tariff war with US
Cherries are a very important product for the Chinese market. Throughout the year, in addition to its own local production, a lot of cherries are imported. This year, China has gained a few new import markets, such as Kyrgyzstan, Uzbekistan and Tajikistan. The cherries from these countries are generally well received; the quality is high and fewer protection products are used than in Chinese cherries. The only problem is that the logistics networks are not yet ideal, which means that by the time the cherries arrive on the Chinese market, they are not always at their best. Furthermore, the season of these Central Asian countries overlaps with the Chinese season, so there is some competition.

In previous years, most of the cherries imported at this time came from the US, but due to the trade war between China and the US and the higher tariffs enforced, this year’s volumes are much smaller. Many Chinese companies are therefore working with other countries, such as Canada and Turkey, where the seasons are now also starting. The first shipment of Turkish cherries is expected to arrive next week.

As for the local production, which started with the greenhouse cherries in April, the price has fallen sharply since then. In June, a large volume of domestic cherries hit the market, which pushed prices down. This large amount of cherries may be kept in storage until around mid-July, after which their quality will considerably deteriorate. As a result, the price has been falling sharply, especially this week, because new imported cherries are coming onto the market and most companies want to sell their local cherries, given that the quality is still good.

United States: Washington in production
The cherries in Washington state were moderately affected by the light rain and winds recorded last week. A high yield had been expected this year, but due to the moderate damage, it will now be a normal harvest. In any case, the quality of the cherries has not been affected. The availability of larger sizes will increase in the short term, and smaller sizes will follow. The demand for cherries is good thanks to the promotion carried out in July, so the prices remain at the current level (between $ 22.90 per box for the smallest sizes and $ 38.90 for the largest sizes). The Washington season will last until the end of August. California’s is about to end. Washington faces some competition from British Columbia in Canada, but production here is limited.

Chile: Exports to China have doubled
The southern hemisphere is currently out of production and the cherry trees are dormant during the winter. Last month, Decofruit’s overview of the 2018/2019 season was published. Although the total volume of cherries fell, Chile saw its exports to China double.