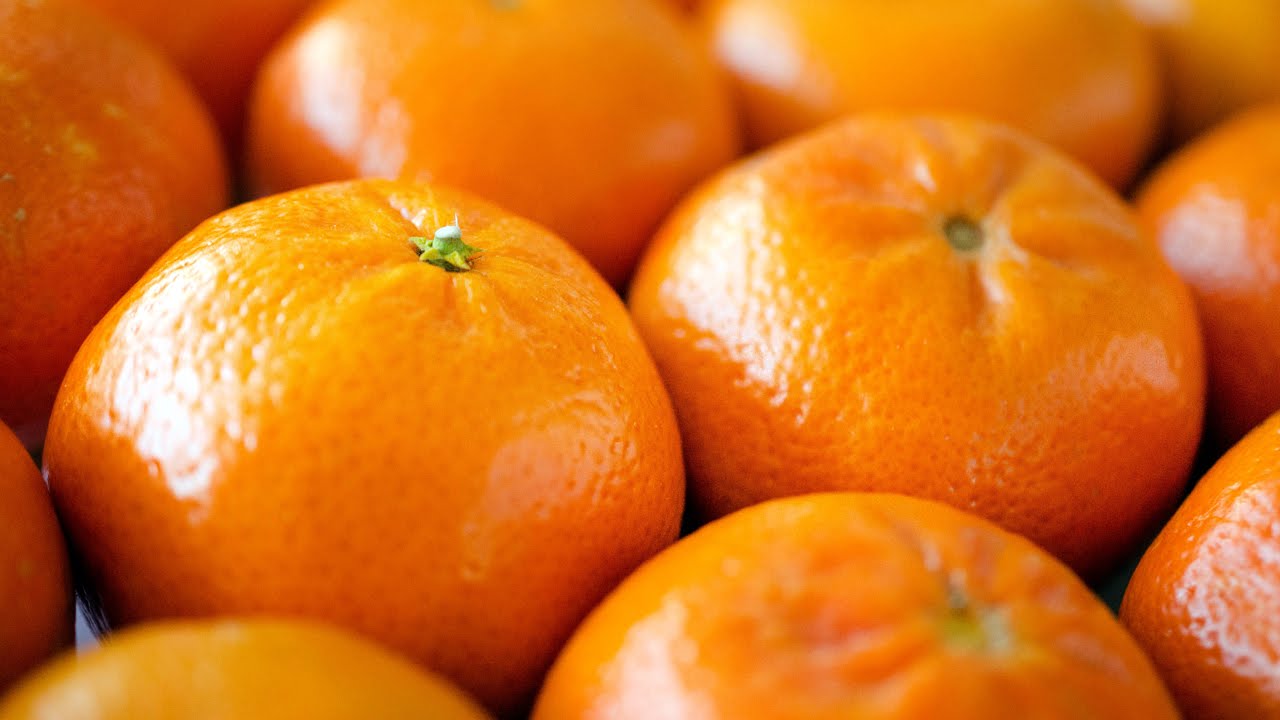 The mandarin production is currently shifting from the southern hemisphere to the north. The supply from South America and South Africa is now quickly running out. The season is not yet in full swing, and that means that the volume of mandarins, tangerines and clementines is currently low. Prices are rising as a result of this transitional period.

In the new season of the northern hemisphere, the harvest in Spain and Italy will be smaller than last year, mainly as a result of the weather conditions. China also expects a fall in the production due to the abundant rainfall recorded in a few growing regions. Trade barriers are also causing problems in some places. China imported more mandarins and clementines from Australia due to the US import tariff. Turkish mandarin exports to Iraq have been limited. As a result, prices on the domestic market are coming under pressure.

The Netherlands: Spanish mandarins are arriving; South Africa is slowly disappearing
The early mandarin varieties, such as the Iwasaki and Okitsu, have been arriving from Spain for a few weeks and sold rather quickly. The supply of the first Clementine varieties (Marisol, Ornules and Clemenrubi) is also underway, and mandarins with leaf are eagerly absorbed by the market. The damage caused by last month’s heavy storms has had no impact on the volumes and quality of mandarins. The prices stand at an acceptable level. Not all retailers immediately get started with the first Spanish mandarins. The market for South African mandarins has also been good. The season already started with a smooth sale of Satsumas and Clementines. Also, citrus sales in the otherwise quieter summer months did not disappoint. The very last varieties, such as the Tango and Nadorcott, are then considered to be the best ones and importers still expect incoming shipments until week 43. They say that Peru will become a larger player in the summer, especially with its Satsumas, Nadorcott and Tango, and that this will entail a challenge for the coming years.

Belgium: Smoother trade due to low supply
The citrus season has started again. The supply of clementines with leaf is well underway and the demand is increasing. According to a Belgian trader, there are some quality issues here and there, but there is enough production of a good quality. According to another Belgian trader, there is a slightly smaller production on the market this year, and this is making the picking and trading faster.

Germany: Mediterranean season has kicked off
The supply of European citrus fruits, in particular from Italy and Spain, is rapidly increasing in Germany. The first clementines from Spain were already on the shelves by mid-September, according to a trader in Bremen. The first Clemenules of the Spanish brand Tobsine are also expected to become available soon. The prices at the start of the Spanish season are still on the high side, but they are expected to fall by the end of the month. At the same time, the end is near for the import of South African and South American citrus and the supply is steadily declining. The season has also started in Turkey, reports a trader and importer from Vienna. “On Tuesday, we received the first mandarins from Turkey.”

France: Lower supply than last year from Corsica
Corsica clementines are still the most popular of their kind in France. The first shipment is expected on the market in early November. The prospect is that the volumes will stand 20% below those of last year, says a wholesaler. Meanwhile, the sizes are expected to be average. At the moment, there is already Spanish production on the market. The prices at Rungis amount to around € 1.70 per kilo.

Spain: 30% lower volume at the start of the season
The early Clementine varieties, such as the Rubi and the Oronules, are being harvested in Valencia. The early Satsumas have entered the final stage of the harvest. The yield in the Region of Valencia is about 30% lower than last year and the harvest has also slowed down due to the warm temperatures. This has resulted in a limited supply on the market, acceptable prices and a market without pressure. Remarkably, some growers are picking clementines that are not yet ripe due to the low volumes available on the market. The low yields are especially noticeable in the case of the Clemenules, which is the most popular and most important variety in terms of volume. Since there is less fruit in the trees, the sizes available tend to be larger. Spanish traders are currently competing with Orri and Nadorcott mandarins from South Africa, Peru and Argentina. “The volumes are  relatively low this year, but we expect them to increase in the future,” says a trader.

The storms in the region of Valencia have not taken a toll on the quality or quantity of the citrus harvest. There was still little fruit available for harvesting, and the heat afterwards caused the fields to dry up quickly. The rain has actually resulted in the production of large sizes and stripped the trees of bad fruit. In some regions, producers were not as lucky and the harvest did suffer some damages. This was the case in the municipality of Orihuela, in Alicante, as well as in Murcia.

Italy: Mandarins not spared by bad weather
The season has not yet started in Italy. In the southern regions there are already some small supplies of early varieties on the market. The official start of the season will take place in late October. The production of clementines and mandarins is expected to fall by between 30% and 70%, depending on the region.

In the province of Taranto, the cooperative of growers expects a 70% reduction in the clementine production compared to 2018. This is due to the impact of low temperatures and two hail storms during the flowering period and in the summer. No diseases have been detected in these areas, although some mandarins have suffered damage due to the hail. At the moment, the Miyagawa mandarin, of Italian origin, has become very popular in the wholesale market due to its aroma and unique dark green color. The price oscillates between € 0.70 and € 1.00 / kg depending on the market. The Spanish Clemenruby has also been on the market since the end of September, with prices ranging between 0.80 and 2.00 € / kg.

Turkey: Mandarin prices drop due to restrictions on exports
The growers in Turkey have started harvesting the earliest mandarin varieties. Those mandarins are currently mainly exported to Iraq, Russia, Ukraine and Eastern Europe; however, the mandarins for Iraq are not making it past the border because they are too green. The issue actually arose at the Turkish border post, and not at the Iraqi one, although the returned tangerines are still causing a problem. Prices are now falling due to the closing of the border. On the Iraqi market it is possible to get 1 Turkish lira (€ 0.16) for the mandarins.

China: Rainfall affects part of the harvest
After a few months of low season, new batches of domestic mandarins have been distributed on the Chinese market since the beginning of September. Between June and September, when there is little production on the market, the supply was mainly supplemented with imports. These imports usually come from the United States, but due to the high import tariffs this year, more has been imported from Australia.

At the beginning of the year, it looked as though this season’s production was going to be better than last year’s, which was significantly affected in terms of both volume and quality by the weather conditions. Due to the heavy rain and floods in the second half of 2019, part of the harvest was also affected this year. The damage to the production varies per area, but the volume has dropped. In the coming months, more production will come on the market and this will continue until around April.

United States: Small supply drives prices up
Domestic mandarins and clementines are on the way, although the production is slightly smaller. The imports from South America and South Africa are currently decreasing. Florida is already harvesting the first Early Pride varieties for the market. “Stocks are low at the moment,” says a trader. “Chile had about 15% less production, and Morocco and California will not be on the market with their clementines until the beginning of November.”

Mandarins, clementines and tangerines are available all year round on the US market, with domestic production from California and Florida and imports from Chile, Peru, Uruguay, Mexico, Morocco and South Africa. “Spain also normally exports fruit in the winter, but this is going to change due to the recent 25% import rate,” says a trader. The demand is expected to increase now that the supply of stone fruit and other summer products is running out and citrus fruits are again attracting the attention of consumers. The promotions and the supply of easy-peelers and seedless varieties are contributing to the growing demand for mandarins. It remains to be seen whether this growing demand can be met with the growing production volumes from California, Chile, Peru and China. Due to this growing production, other regions are working on developing new varieties for the market, such as the Tangos, Orris and Bingos in Florida. At the moment, however, prices are rising due to dwindling stocks. The average price amounts to $ 36- $ 38 per box. Last year around the same time, the price still stood at $ 20.

South Africa: Season is coming to an end
The citrus season in South Africa is coming to an end. There are approximately 2 million boxes left, and by the end of September, 17.2 million had been shipped. The initial prospect for this season was lower than what is now expected. Now estimates point to 19.1 million boxes being shipped by the end of the season.

Wind damage has taken a toll this season and reduced the supply of class 1 fruit, mainly in the south of the country. Now that the season is about to start in the northern hemisphere, prices on the market will fall. This is the effect of the transitional period, in which the available supply is only going to increase.

Australia: Exports to China on the rise
The value of Australia’s mandarin production has increased by 7%. By the end of June 2018, the country had produced 159,598 tons worth AUD 305.8 million. Exports have increased by 39%, with the main destination being China, which accounts for 30% of the total exports. This increase in exports has been mainly due to the trade war between the US and China. The most important varieties are the Murcott (38%), Imperial (25%) and Afourer (22%).