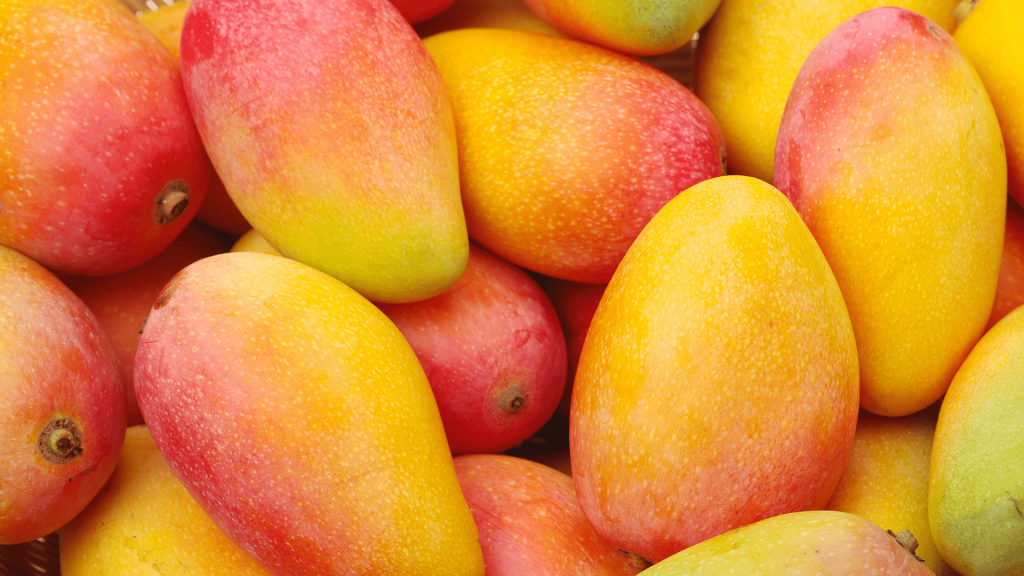 The global mango market is currently in a transitional period. Mexico is finishing earlier due to excessive rainfall at the end of the season and Senegal also saw its campaign ending abruptly. Brazil has been on the market for a few weeks and is likely to become the most important exporter of mangoes in the coming weeks. In the meantime, Israel is supplying the usual volumes, mainly to the European market.

Since the stocks are limited at the moment and the demand for mangoes is increasing, prices should increase. However, this trend will be limited somewhat, as more and more mangoes are arriving from Brazil. In the coming weeks, the mangoes from Spain and Italy will also hit the shelves again, although the yield is expected to be lower than in the previous season.

The Netherlands: Exceptionally good time in the mango market
After a somewhat difficult period, the mango market has been going through an exceptionally good time in recent weeks, say Dutch importers. “After an abrupt end of the Senegalese season, Brazil has been on the market for a few weeks. Spain is only just starting up and Israel is supplying its usual volumes. This has resulted in a limited supply, and prices even reached a peak two weeks ago. There are no longer any such peaks, but the prices for Brazilian mangoes are still good. The yield in Spain appears to be a little lower this year, and Israel won’t be flooding the market either. Consequently, there are good prospects for the coming weeks. The market situation will undoubtedly change again, but there are no signs of that yet.”

Belgium: Little supply results in high prices
The situation on the mango market is very unusual. The Senegalese season ended two to three weeks early. In addition, the start of the Israel season also took place two to three weeks late. As a result, there are currently few mangoes available. The prospect is that from this week on, more Israeli mangoes will become available. Moreover, the Brazilian mango season is also starting. Due to the low volumes on the market, prices have been high for a long time and the demand is good.

Germany: Mangoes shipped by air available in the supermarket
There is currently a sufficient supply of mangoes on the German market. Tommy Atkins mangoes arrive by ship for relatively low prices. This variety is very fibrous and the fruit is usually green, which is not really desirable. Due to the lack of quality, only small volumes of this mango are sold, according to a trader from Central Germany who also markets ready-to-eat mangoes. “The color and quality is not that good, so we have seen a sharp drop in the demand.”

The mangoes that arrive by air freight are the most popular, says the expert. “Israel is currently supplying the market with good varieties and the quality of this country’s mangoes continues to improve.” He also sees a growing demand for mangoes in the summer months, which is a period when the demand is mostly oriented towards local summer products.

The price for Israeli mangoes is very reasonable, so supermarkets are also able to include mangoes in their range. “The small sizes are cheaper compared to the fruit from Brazil or Peru,” says the expert. With the summer coming to an end, the trader expects the demand to rise further until the end of September.

France: Spain will follow after the Israeli season
The Israeli season will come to an end within two weeks and a small volume of Kents is being shipped from Brazil by air. The Spanish campaign is also about to start. The Spanish mangoes that are already coming on the market are still too green. When it comes to the quality of Spanish mangoes, the prospects are good, but due to the weather conditions (little rainfall), a 20% reduction in the volume is expected.

Spain: Season kicks off with lower volumes
Last week, the harvest of the first Osteen mangoes kicked off in the province of Malaga, the most important growing region in Spain. The harvest started a bit earlier this year, albeit with lower volumes. This is an OFF-year for the older areas, which means that the yield will be lower. The younger areas are delivering slightly greater volumes this year. The total production could therefore be 30% lower. Most of the production will consist of medium sizes, which is good for the trade. Also, growers report that the quality is good and homogeneous. The most important variety is the Osteen, but later varieties, such as the Keitt and Palmer, are becoming increasingly interesting for Spanish growers.

Despite Israel’s strong competition, the market is looking good for Spanish mangoes. The most important destination for Spanish exports is Europe, but distant markets, such as Canada, are also becoming more popular. This year, the South African market may also open to Spanish mangoes. The necessary inspections before an export protocol can be signed are still on-going.

Italy: Season delayed by 15 days
The demand for mangoes in Italy and Europe is still growing. Italy is the number 8 in Europe when it comes to importing mangoes. The volume of domestic mangoes is also on the rise. The majority of the total of 100 hectares devoted to mango cultivation is in Sicily. The mango season has been extended. In addition to the Kensington Pride, the early Irwin and the late Kent, Keitt and Maia are also cultivated. However, research is needed with some varieties, such as the Gleen, in order to improve the production capacity. The yield is limited and the sizes are small. With other varieties, it is necessary to combat diseases that otherwise drastically reduce the yields.

The flowering and fruit set have undergone an evident delay due to the climatic instability in April/May: about fifteen days later than the previous seasons. Harvest began in the past seasons in the week 34/35, now there are small quantities available but plentiful volumes are expected in week 37/38 . It started 15 days later than the previous campaign, with the harvest kicking off in week 34/35. The volumes are now small, but there should be enough stocks by week 37/38. In spite of the delay, the supply remains stable thanks to imports from Israel and South America arriving by plane and by ship. The demand is also stable compared to last year.

South Africa: Growers concerned about dry weather in Limpopo
After the blossom, the fruit of South African mango trees has started developing. The harvest is expected for December. Last season there was an increase in the volume compared to the previous year, although the official figures are not yet available. Dry weather in the Limpopo region is a cause for concern for growers and may have an impact on the fruit’s development. Water management is looking better in the Hoedspruit cultivation region. Last year, slightly more mangoes than normal were exported to the European markets, the Middle East and a little to India. Here too, the official figures are not yet known.

United States: Transition in the demand, supply and prices
The mango market in the United States is in transition, with the switch from the Mexican season to the Brazilian one. The last mangoes from Mexico are still being shipped from the northern regions, but those will see a sharp drop in the production in the coming weeks. The Mexican season is coming to a close at a normal time of the year. California has a limited acreage devoted to ​​mangoes. The season there runs from mid-September to mid-October.

The demand for mangoes in the US is also in a transitional period. “In the summer months, there are different types of fruit available. Suddenly, consumers then realize that there are fewer mangoes in stock,” says a trader. “The popularity of mangoes is on the rise, especially among the younger consumers. Furthermore, the sale of sliced, peeled and ready-to-eat mangoes is growing, as well. This is giving an extra boost to the demand.”

With both the supply and demand in transition, the price is also subject to changes. Prices were low in August, but given the shrinking stocks, they rose again at the end of the summer. Just like last year, the price is currently stable.

Mexico: Late harvest rained out
The last mangoes of the season are currently being harvested. The next campaign is expected to start in the south of the country in February. Bearing in mind that last year’s production continued until October, this time the season has come to a close earlier than expected. This is due to excessive rainfall at the end of the season. Because of the earlier start of the campaign in Brazil, there is no gap in the market. In general, the season has gone well for the Mexicans, with a 2% increase in the volume compared to last year.

Brazil: The most important producer in the coming weeks
The Brazilian season has started earlier than expected and will dominate the global mango production with the Tommy Atkins. Brazil will be the market’s largest supplier until early November, after which mangoes from Ecuador will also be available. Ecuador is expected to start around mid-September. Due to weather conditions, the season is expected to start late. The season usually ends in January, after which Peru comes on the market. The Brazilian product is expected to further penetrate in the United States, reaching the markets that are normally dominated by Mexico until well after the end of the season, such as Texas. The volume is expected to rise by 10% this year.

Australia: Low temperatures cause a delay in the harvest
The mango season is about to start in the north of the country. Temperatures at night remain low in the Darwin region and that will delay the harvest of the mangoes. In the Katherine region, the temperature remains cool as the fruit develops. Because of this, the harvest is not expected to start until the beginning of October. In Western Australia, the temperatures are also lower than usual, slowing down the growth of the mangoes. In addition, strong gusts of wind are expected to cause the fruit to fall from the trees. The harvest in the west is expected to start at the end of September, with a peak in October and November. The season runs from August to the end of March with changing production regions.